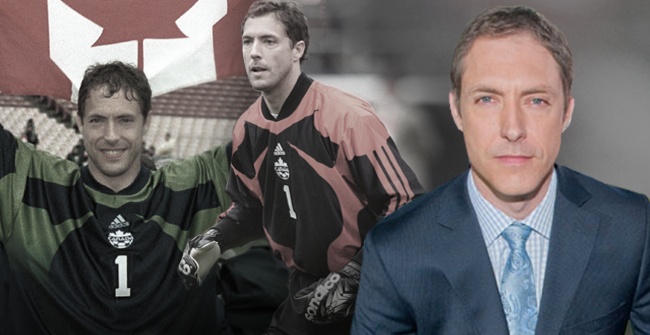 The former Canada Soccer international footballer is one of 12 athletes and builders to be honoured on Wednesday 21 October in Toronto.

The great Craig Forrest has been honoured yet again, this time with his Class of 2015 induction to Canada’s Sports Hall of Fame. The former Canada Soccer international footballer is one of 12 athletes and builders to be honoured on Wednesday 21 October in Toronto.

Forrest played soccer at the international level for 14 years, winning a CONCACAF title in 2000 and representing Canada at the FIFA Confederations’ Cup one year later. He was a two-time Canadian Player of the Year and winner of the 2000 CONCACAF Gold Cup Most Valuable Player award.

“Craig Forrest is one of Canada Soccer’s great players, a true professional that starred for Canada on the international stage and played in the English Premier League,” said Victor Montagliani, President, Canada Soccer. “For Canada, he was instrumental in helping us win the 2000 CONCACAF Gold Cup and qualify for the FIFA Confederations Cup Korea/Japan 2001.”

Forrest represented Canada at the FIFA U-20 World Cup Chile 1987, then made his international “A” debut seven months later on 20 May 1988. He was a full international from 1988 to 2001, setting a national record for goalkeepers with 56 international appearances (since surpassed).

In addition to career highlights including the 2000 CONCACAF Gold Cup and FIFA Confederations’ Cup Korea/Japan 2001, Forrest also helped Canada finish in first place at the 1988 Sir Stanley Matthews Cup, the 1989 Jeux de la Francophonie, and the 1990 Three Nations Cup. In all, he played in two cycles of FIFA World Cup Qualifiers and four editions of the CONCACAF Gold Cup.

At the club level, Forrest is best remembered for his days with Ipswich Town and West Ham United England. In 1991-92, he helped Ipswich Town finish first in the First Division to earn a promotion to the newly-formed English Premier League. During his professional career in England, he also played for Colchester United and Chelsea on loan.