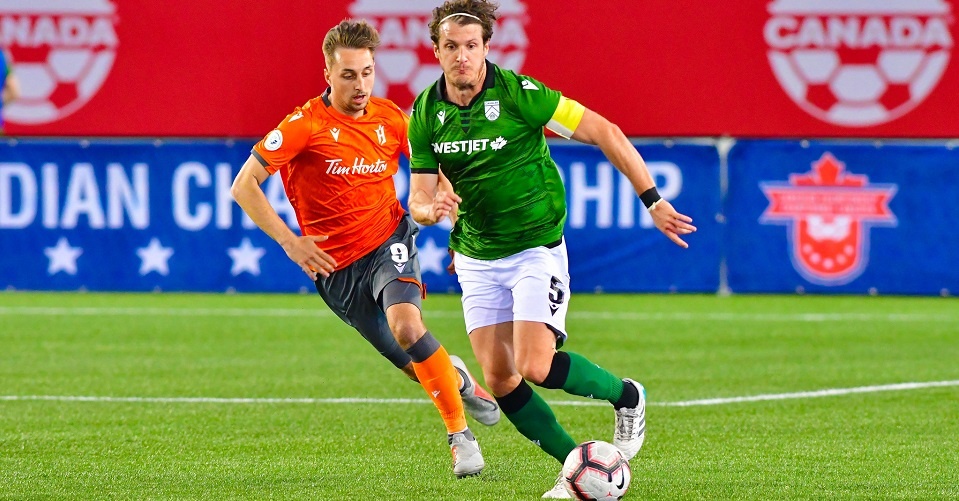 Forge FC Hamilton will face Calgary’s Cavalry FC on Thursday 13 August as the Canadian Premier League’s second season gets underway at the Island Games in Charlottetown, Prince Edward Island. All eight teams are vying for a spot in the 2020 Canadian Championship Final, with 35 matches to be featured across three stages towards a league champion.

As announced by Canada Soccer, the 2020 edition of the Canadian Championship Final will feature the winner of the CPL’s Island Games against the Canadian winner of Major League Soccer’s first phase of the revised regular-season schedule. In all, more than 40 matches will be played between the 11 Canadian teams across the two leagues in August and September.

The opening match of the CPL’s Island Games will kick off at 20.00 ET / 17.00 PT on OneSoccer.com, will every match in the tournament to be broadcast live from the University of Prince Edward Island venue. The Thursday night match will be the 10th all-time meeting between Forge FC and Cavalry FC, including previous matches played in last year’s Canadian Championship and the Canadian Premier League Final.

Canadian referees for the opening match are Yusri Rudolf, Philippe Bettez-Quessy, Stefan Tanaka-Freundt, and Juan Marquez. For the duration of the competition on Prince Edward Island, the CPL will draw from Canada Soccer’s 16 referees (including two from the NextGen program) and two referee assessors.

The Canadian Premier League officially became Canada Soccer’s League in Membership in May 2017 and debuted with their inaugural season in 2019, which ended with Forge FC winning the two-leg final series for the 2019 CPL North Star Shield on 2 November. With seven professional clubs featured in the inaugural season, the league has since expanded with an eighth professional club – Atlético Ottawa – who will play their first-ever match on Saturday 15 August against York9 FC.

In all, 35 matches will be played at the 2020 Island Games, starting with a first stage (all eight teams) and followed by a group stage (top four teams from the first stage). From the group stage, the top-two teams will advance to the Championship Final from which the winner will lift the 2020 Canadian Premier League North Star Shield. The CPL winner will also qualify for 2021 Concacaf League as well as the 2020 Canadian Championship Final.

The Canadian Championship is Canada Soccer’s highest domestic professional soccer competition. Since 2008, 14 different clubs have participated in the competition with Toronto FC (seven), Impact de Montréal (four) and Vancouver Whitecaps FC (once) all previous winners. From the Canadian Championship, both Montréal (2014-15) and Toronto (2018) have reached the Concacaf Champions League Grand Final.