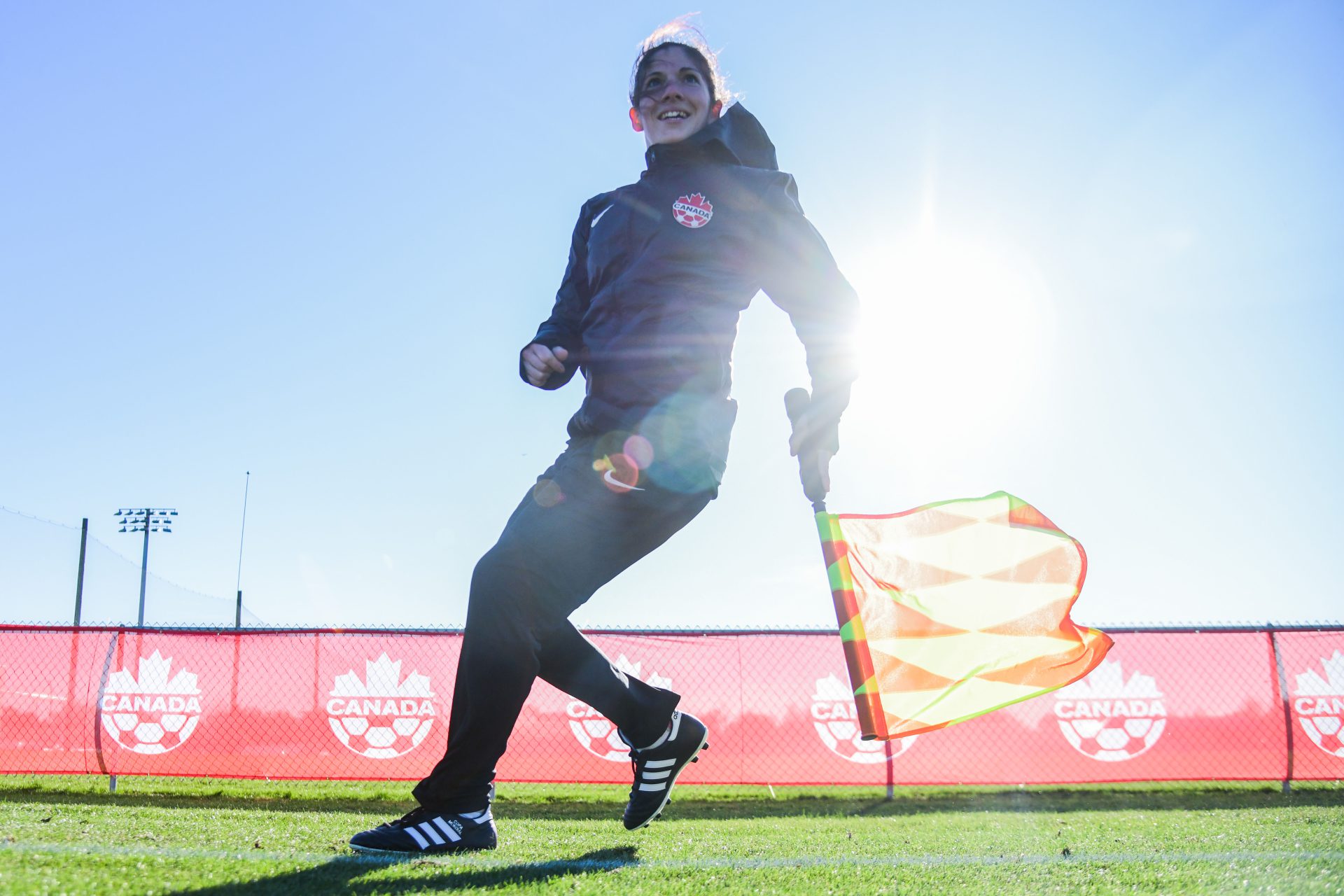 Chantal Boudreau has been appointed as an Assistant Referee for the upcoming FIFA U-20 Women’s World Cup Costa Rica 2022 this August. The 33-year old referee from Regina, Saskatchewan is one of 53 officials selected for the biennial competition.

The FIFA U-20 Women’s World Cup Costa Rica 2022 runs 10 to 28 August in San José and Alajuela. The competition features 16 nations from around the world featuring players born 2002 or later.

Chantal started refereeing at Regina Soccer Referees Association in 2010 when she was just 21 years old. Currently one of 17 Canadian referees on the FIFA List of Referees and Assistant Referees, she was one of the 2022 recipients of Canada Soccer’s International Achievement Award.