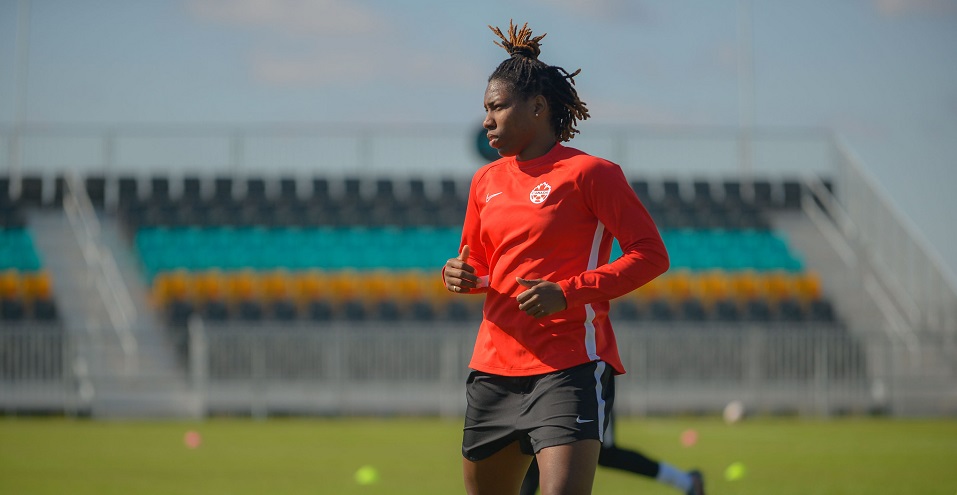 In all, there are six Canadians participating in the 2020-21 UEFA Champions League Round of 32

Canada Soccer’s 2020 Canadian Player of Year Kadeisha Buchanan and Olympique Lyonnais will start their defence of their UEFA Champions League title on Wednesday 9 December. Buchanan, already a four-time winner from four seasons in professional soccer, will open the Round of 32 with her French side against Juventus of Italy.

In all, there are seven Canadians participating in the 2020-21 UEFA Champions League Round of 32 with six different European teams: Buchanan with Olympique Lyonnais; Jordyn Huitema and Ashley Lawrence with Paris Saint-Germain FC; Janine Beckie with Manchester City FC; Jessie Fleming with Chelsea FC; Alyssa Lagonia with Servette FCCF; and Cloé Lacasse with Benfica.

Since 2009, there have been 22 Canadians in UEFA Women’s Champions League and Qualifying, not counting Fleming who hopes to make her debut in 2020-21. Diana Matheson and Rhian Wilkinson were the first two Canadians to feature in the competition back in 2009-10 with Team Strømmen. Lacasse was the most recent when she debuted with Benfica in the 2020-21 Qualifying Round.

As for the defending champions Olympique Lyonnais, they are at the start of a new undefeated streak after they lost their first match in more than two years in November. From 26 August 2018 through 13 November 2020 across all competitions (Championnat de France, Coupe de France, UEFA Women’s Champions League), Olympique Lyonnais went undefeated in 73 consecutive games. Since Buchanan made her debut on 14 January 2017, her side has lost only four games.