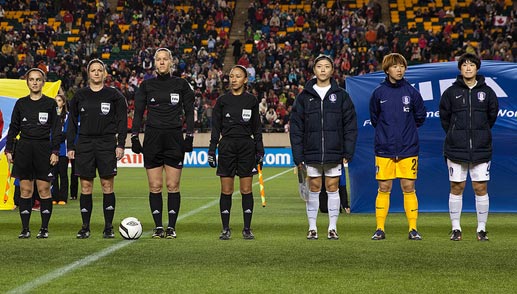 FIFA has named 10 Canadians (five Referees and five Assistant Referees) to its 2014 List of Referees.

FIFA has named 10 Canadians to its 2014 List of Referees.

Of note: long-serving FIFA referees Silviu Petrescu, Paul Ward and Darren Clark have retired. However, Petrescu, who has reached the mandatory FIFA retirement age (45), will continue officiating at the national level and in Major League Soccer (MLS) as a member of the Professional Referees Organization (PRO).