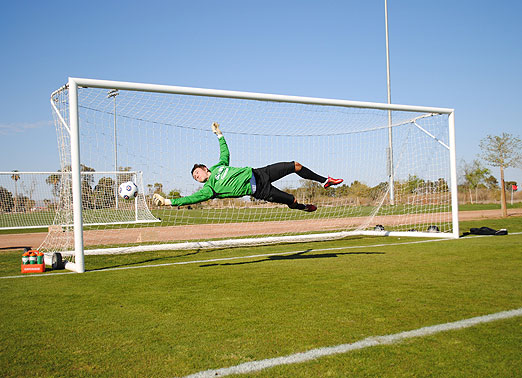 The four Amway Canadian Championship teams have released young footballers for the upcoming 2012 CONCACAF Men’s Olympic Qualifying tournament in USA. Eight Canadians and one American have been released for the two-week competition that runs 22 March to 2 April in Nashville, Carson and Kansas. Both Canada and USA will face each other in the group phase on 24 March (the second group match).

At the 2012 CONCACAF Men’s Olympic Qualifying tournament, Canada, Cuba, El Salvador and USA make up Group A (Nashville, TN) while Honduras, Mexico, Panama and Trinidad and Tobago make up Group B (Carson, CA). The semi-final matches on 31 March (A1 v B2 and B1 v A2) in Kansas, KS will determine the two CONCACAF representatives for the London 2012 Men’s Olympic Football Tournament.

Of interest, the first-ever Amway Canadian Championship took place shortly after the last round of CONCACAF Men’s Olympic Qualifying in 2008. It was in Nashville, TN in March of that year that USA defeated Canada in the semi-final stage, thus qualifying the Americans and leaving the Canadians one win short of a trip to Beijing 2008. That year, only three of Canada’s 20 footballers played for Canadian teams: Diaz Kambere from Vancouver Whitecaps FC and both Tyler Hemming and Andrea Lombardo from Toronto FC.

IMPACT MONTRÉAL: CARL HAWORTH, EVAN JAMES AND ZAREK VALENTIN
The Impact has released two players to Canada (midfielders Haworth and James) and one player to USA (defender Valentin). All three hope to make their Championship debut later this year. While Valentin previously represented USA at the 2011 CONCACAF Men’s Under-20 Championship, Haworth and James are making their competitive debuts for Canada.

TORONTO FC: DONEIL HENRY AND MATT STINSON
Toronto FC has released two of its age-eligible players to Canada for the upcoming matches in Nashville: defender Henry and midfielder Stinson. Both players are repeat Canadian champions with Toronto FC in the Amway Canadian Championship in 2010 and 2011. Both have also represented Toronto FC in CONCACAF Champions League, most recently helping the club reach the semi-final stage (a stage they will miss when on the road to the Olympics with Canada).

Both Henry and Stinson were also members of Canada’s U-20 team at the 2011 CONCACAF Men’s Under-20 Championship in Ciudad de Guatemala.

FC EDMONTON: MICHAL MISIEWICZ AND SHAUN SAIKO
FC Edmonton has released two players to Canada: goalkeeper Misiewicz and midfielder Saiko. While Saiko was in FCE colours last year for the opening stage of the 2011 Amway Canadian Championship, Misiewicz hopes to make his Championship debut in 2012.

While Misiewicz did represent Canada at the 2009 Jeux de la Francophonie, the 2012 CONCACAF Men’s Olympic Qualifying tournament will mark his CONCACAF tournament debut. Saiko, meanwhile, was a member of Canada’s U-20 team at the 2009 CONCACAF Men’s Under-20 Championship in Port of Spain, Trinidad and Tobago.

VANCOUVER WHITECAPS FC: BRYCE ALDERSON AND RUSSELL TEIBERT
Vancouver Whitecaps FC have released two players to Canada: midfielders Alderson and Teibert. Incidentally, both are repeat winners of the Canadian U-17 Player of the Year award: Teibert in 2008 and 2009 and then Alderson in 2010 and 2011. While the older Teibert made his Championship debut in 2011, fellow teenager Alderson hopes to make his Championship debut in 2012.