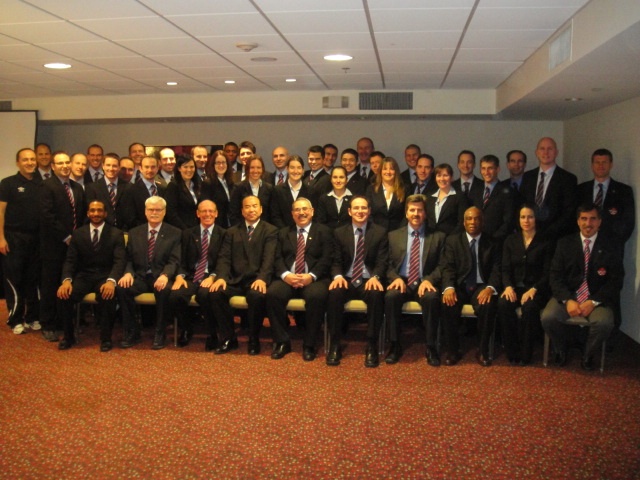 The Canadian Soccer Association held its National Pre-Season Camp for referees in Toronto, ON on 2-3 February.

Mr. Tony Camacho, Chair of the Referee Committee, was also in attendance.

Four new officials were added to the National List as a result: Marie-Ève Bergeron (QC), Marie-Soleil Beaudoin (ON), Robert Schaap (QC) and Yusri Rudolf (ON).

Awards were also presented on Sunday to officials who attended FIFA events in 2012: Joe Fletcher, Carol Anne Chénard and Marie-Josée Charbonneau for the 2012 London Olympic Football Tournament; Suzanne Morisset for the FIFA U-17 Women’s World Cup Azerbeijan 2012. A special award was also presented to Silviu Petrescu for having been named MLS Referee of the Year for 2012.