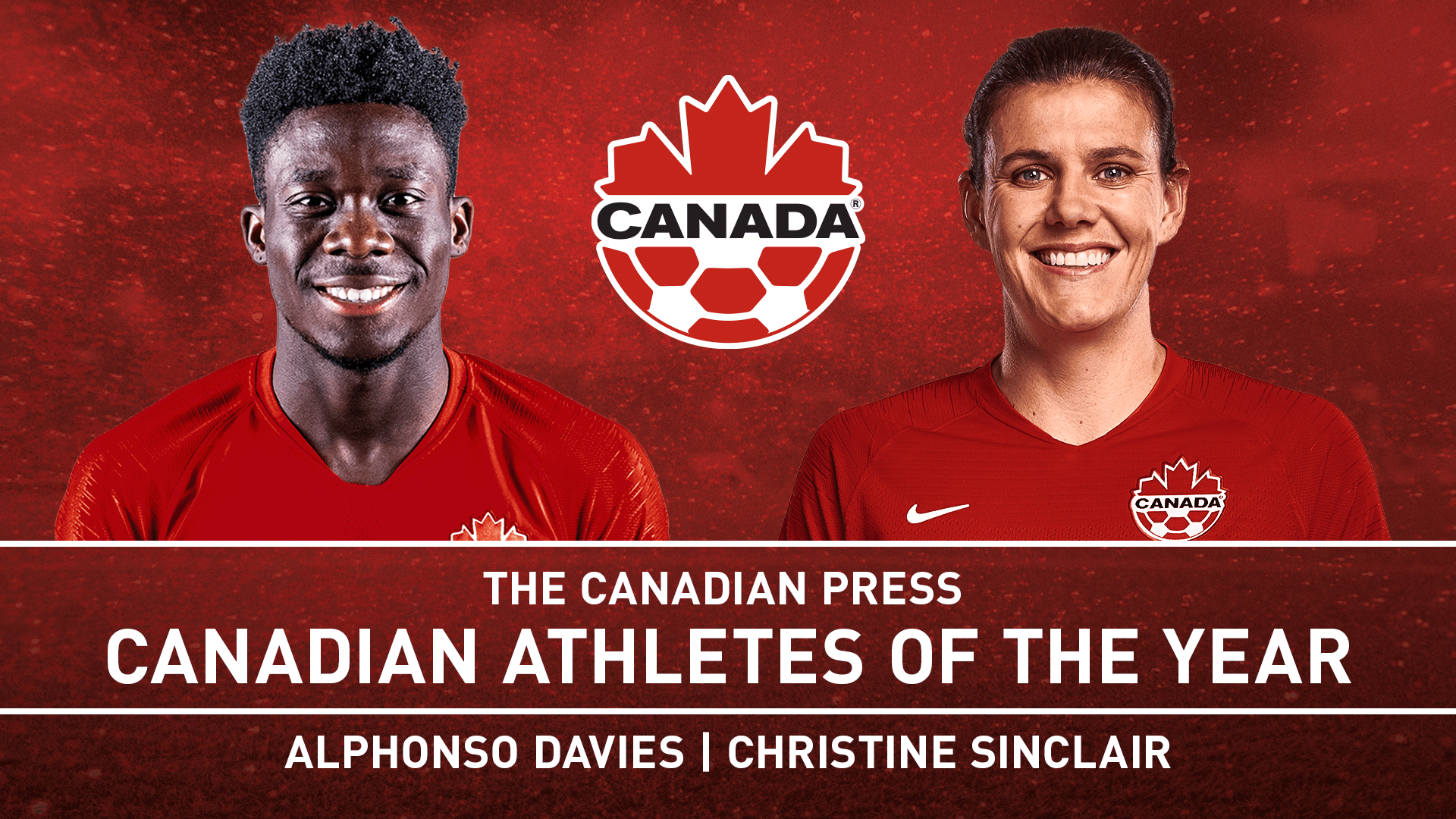 Christine Sinclair won the 2020 Bobbie Rosenfeld Award as The Canadian Press Female Athlete of the Year. She is the first team-sport athlete to win the award twice after she finished first in a nation-wide poll by sports editors, writers and broadcasters across the country.

Sinclair is the first athlete from a professional sport club to win the Bobbie Rosenfeld Award. She also set a record for the longest span of years as a top-5 finalist by a team-sport athlete for The Canadian Press Athlete of the Year awards (19 years from 2002 to 2020, which are two years longer than Mario Lemieux and four years longer than Wayne Gretzky in their eras as top-5 finalists).

In 2020, Sinclair became the world’s all-time international goalscoring record holder after she scored her 185th goal for Canada Soccer’s Women’s National Team. A 14-time winner of the Canadian Player of the Year Award, she again qualified Canada for the Olympic Games in 2020 while also winning the NWSL Community Shield with Portland Thorns FC. The top scorer in the 2020 NWSL Fall Series, she now has more than 300 goals at the club and international levels, including her record 186 international “A” goals for Canada.

Alphonso Davies won the 2020 Lionel Conacher Award after an incredible year with FC Bayern München in Germany. In 2020, Davies also won the Lou Marsh Memorial Trophy, the Postmedia Canadian Male Athlete of the Year, The Athletic Canadian Athlete of the Year, and was the first Canadian named to the FIFA FIFPro Men’s World11 at The Best FIFA Football Awards.