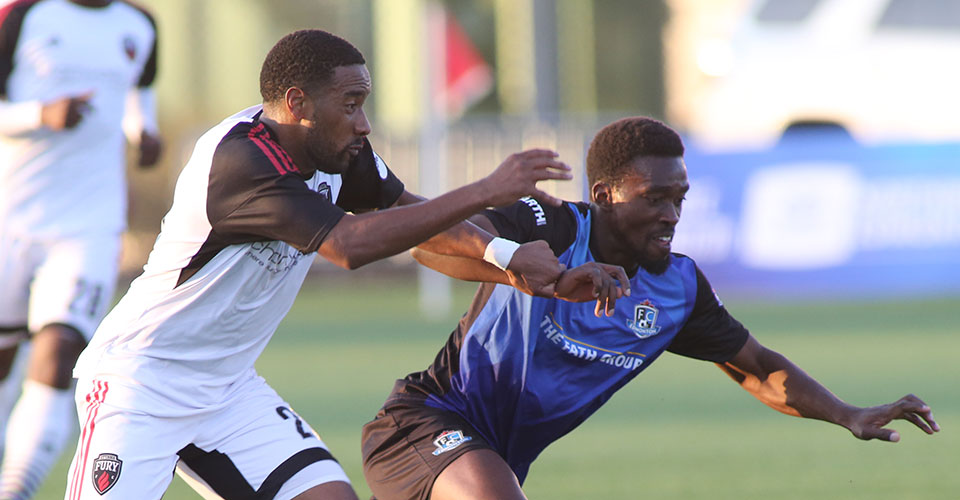 Ottawa Fury FC have advanced to the Canadian Championship semi-finals after a 4-2 series victory over FC Edmonton. Ottawa will next face Ontario rivals Toronto FC for the first-time ever in another home-and-away series, with the first leg set for 23 May at TD Place in the nation’s capital.

After the first leg finished 1:0 on a late Ottawa goal, the two sides scored five times in the 10 May return leg at Clarke Field in Edmonton. Sito and Steevan Dos Santos (two) scored for Ottawa while Jacob Keegan and Sainey Nyassi scored for FC Edmonton. Canadians Nik Ledgerwood (Edmonton) and Jamar Dixon (Ottawa) both recorded assists.

“It may have been exciting to watch (because) you probably did not know which way it was going to go,” said Paul Dalglish, Ottawa Fury FC head coach. “This is a wonderful group of players with great character and great mentality. It’s tough coming here, but they grinded it out.”

Sito made it 2-0 on aggregate in the opening minute, stealing the ball from Allan Zebie before striding in and beating Tyson Farago with the left foot. In the 9th minute, he nearly made it 3-0, but his drive hit the crossbar and Steevan Dos Santos failed to score on the rebound.

In the 30th minute, an unusual mistake gave Jacob Keegan the opportunity to cut the series lead in half. Irving had dropped the ball in his area in preparation for a long kick, but he had forgotten that Keegan was behind him re-entering the field. Keegan quickly stole the ball, got around Irving, and put the ball into the back of the net.

In the 37th minute, Ottawa regained their 3-1 lead on a penalty. Dos Santos made no mistake with his right-footed shot.

In the second half, Ledgerwood fed Sainey Nyassi for FC Edmonton’s second goal in the 61st minute, cutting the series lead to 3-2. In the 67th minute, however, FC Edmonton were reduced to 10 men after Papé Diakité was shown a red card.

In added time with the series all but wrapped up, Dos Santos scored his second goal of the match on a long play forward from Jamar Dixon.

In all, 13 Canadians dressed in the match. Home side FC Edmonton started Tyson Farago (goal), Allan Zebie, and captain Nik Ledgerwood, with Adam Straith featuring as a substitute in the second half. Nathan Ingham, Ben Fisk, and Mauro Eustáquio dressed but did not feature. Ottawa Fury FC started Callum Irving (goal), Eddie Edward, and Jamar Dixon while David Paulmin, Aron Mkungilwa and Thomas Meilleur-Giguère dressed but did not feature. 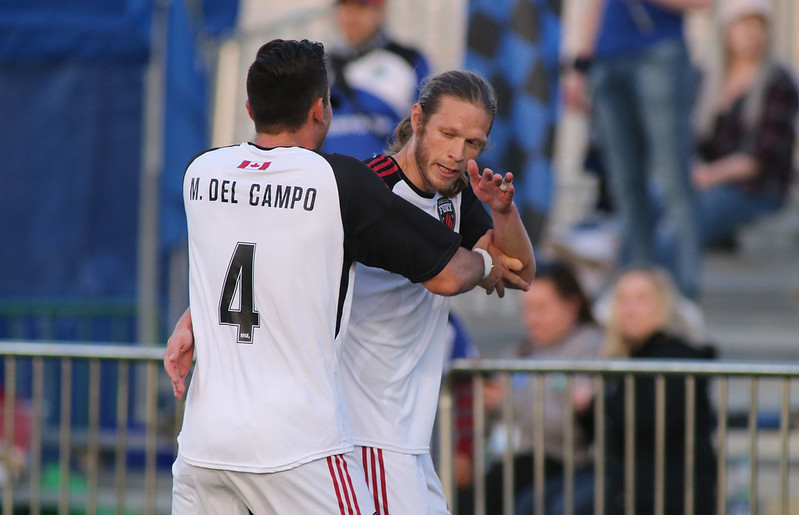 Ottawa Fury FC advance from the preliminary round of #CanChamp and will now face Toronto FC in the next round. pic.twitter.com/QYfnz8nQCF