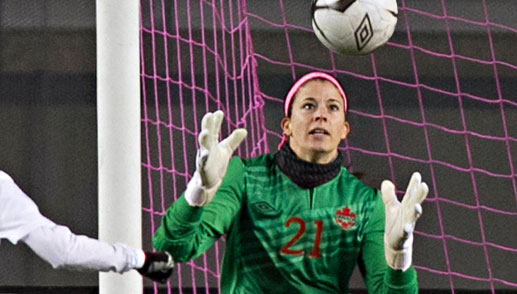 The 25 October match will be the first of a series of two Women’s International Friendlies between Canada and Japan, the second match being played in Vancouver on 28 October.

Canada’s last visit in Edmonton in October 2013 drew over 12,500 fans who cheered Canada to a 3:0 win. Edmonton will also be the site of Canada’s Women’s National Team two initial group stage matches at the FIFA Women’s World Cup Canada 2015™.

Tickets for the Canada-Japan match on 25 October at Commonwealth Stadium in Edmonton will go on sale via Ticketmaster following the conclusion of this summer’s FIFA U-20 Women’s World Cup Canada 2014.

In addition, purchasers of tickets for the Canada’s Women’s National Team match in October will be offered a special opportunity to opt-in to a Priority Access list to purchase venue packs for the FIFA Women’s World Cup Canada 2015™ matches in Edmonton when the packs go on sale.

All ticket and event details will be posted to canadasoccer.com as they become available. Fans are encouraged to sign up today to be notified about ticket and event information as it is confirmed.

The 25 October Canada-Japan match will also be broadcast live nationally on Sportsnet.