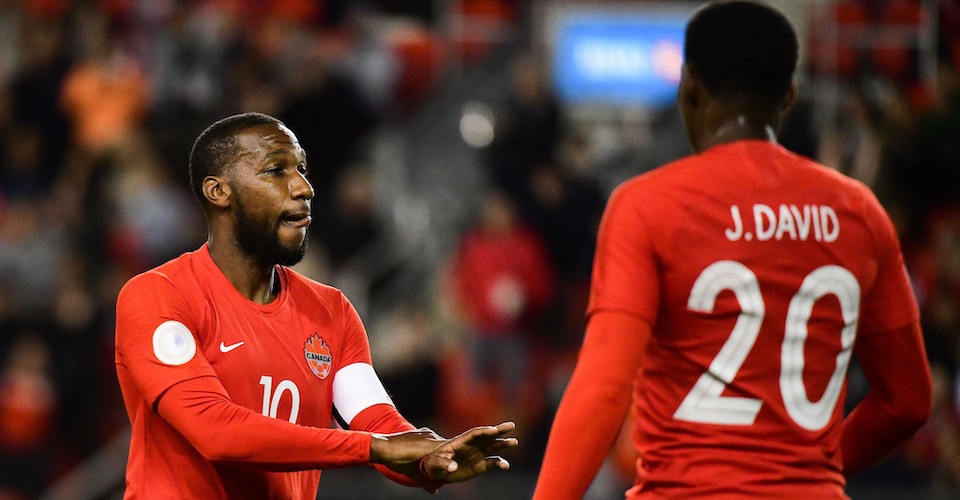 Canada Soccer have announced their squad for a crucial home match in 2019-20 Concacaf Nations League against rivals USA. The Tuesday 15 October home match in […]

Canada Soccer have announced their squad for a crucial home match in 2019-20 Concacaf Nations League against rivals USA. The Tuesday 15 October home match in Toronto provides Canada with the opportunity to face one of the leading nations in Concacaf with the potential to accumulate valuable points on the FIFA/Coca-Cola World Rankings. The all-important match gives Canadian fans a chance to get behind their home side as they contend to qualify for the 2022 FIFA World Cup.

The Tuesday 15 October home match kicks off at 19.30 local at BMO Field in downtown Toronto. Tickets are available via Ticketmaster.ca starting as low as $25 while groups of 10 or more can save up to 30% off the regular price. Fans can visit canadasoccer.com/tickets for complete ticket information.

“Normally, playing an old rival like the USA is enough to get the juices flowing, but there’s a lot more to play for in this match with Concacaf Nations League Group A positioning and FIFA ranking points on the line,” said John Herdman, Canada Soccer’s Men’s National Team Head Coach. “If there’s going to be an upset in this match, the Canadian fans will play a big part as they always do at home.”

Following the home match on 15 October, Canada will play away against USA on Friday 15 November to wrap up their four matches in Group A of Concacaf Nations League A. Canada have already won six points from wins over Cuba while USA will face the former Caribbean champions on 11 October and 19 November. From the three-nation group, the group winner will advance to the Final Four of Concacaf Nations League in June 2020 while both the winner and runner up will qualify for the 2021 Concacaf Gold Cup.

After those back-to-back wins in September, Canada have drawn closer to a Concacaf top-6 spot on the FIFA/Coca-Cola World Rankings, which after June 2020 will determine two distinct pathways for 2022 FIFA World Cup Qatar Qualifiers. Canada went from trailing El Salvador by 30 points to trailing them by just five points after Canada’s two victories and El Salvador’s win and a loss in the September window.

“The players will be doing everything in their will to achieve a result against USA and our fans play a big role in pushing the team forward in those tough moments and in games like this there’ll be few, so we hope to see a sea of red at BMO Field and feel their passion from whistle to whistle,” said Herdman.

“It’s a great opportunity for the fans to unite around this team and a big moment for the team to test themselves against one of the best in Concacaf,” said Herdman. “We know the quality of the USA and the history of results in the last two decades, but with the fans behind us we can work together to change that narrative in October and November.”

David is one of six players aged 22 or younger in the October squad, with both David (19) and Alphonso Davies (18) of FC Bayern Munich still teenagers. Against Cuba, David scored in the home match at BMO Field while Davies scored in the away match in the Cayman Islands. The other young players in the Canada squad are Liam Millar of Kilmarnock FC (20), Derek Cornelius of Vancouver Whitecaps FC (21), Stephen Eustáquio of Cruz Azul FC (22), and Kamal Miller of Orlando City SC (22).

Eustáquio gets his first Men’s National Team call up after recently returning to action from a 2018-19 injury. He is one of two players yet to make their international “A” debut, with the other second-time call up centre back Amer Didić of FC Edmonton.

Along with Didić, Cornelius and Miller, Canada’s backline will feature Samuel Adekugbe, Juan Córdova, Doneil Henry, Richie Laryea, and Steven Vitória. Henry will be in camp, but is ineligible to feature in the match after accumulating two yellow cards in his last match.

In goal, Canada’s squad features Milan Borjan, Maxime Crépeau and Jayson Leutwiler. Borjan of Red Star Belgrade is the most experienced international player in the Canada squad with 47 appearances, including 20 clean sheets.