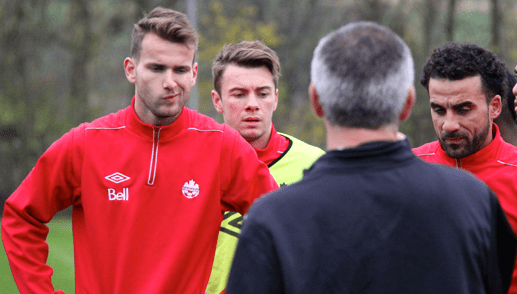 Canada’s MNT November matches to be broadcast on Sportsnet

Canada’s MNT November matches to be broadcast on Sportsnet

With two training sessions on tap Tuesday, Canada’s Men’s National Team got its first look with a full squad in camp.

In their place are forward Caleb Clarke of the Vancouver Whitecaps FC and who is currently on loan with FC Augsburg of the German Bundesliga and veteran midfielder Terry Dunfield. With Clarke’s arrival around noon on Tuesday, all 22 players are now accounted for.

Clarke is in his first camp at the senior level after catching the eye earlier this year when he scored twice at the CONCACAF U-20 Championship in Puebla, MEX.

He was supposed to be in camp in October when Canada was in London but he had to withdraw with a minor injury.

The team is currently training in Bad Waltersdorf, in the Austrian countryside but they’ll head to Olomouc, CZE on Thursday in advance of Friday’s tilt against the Czechs.