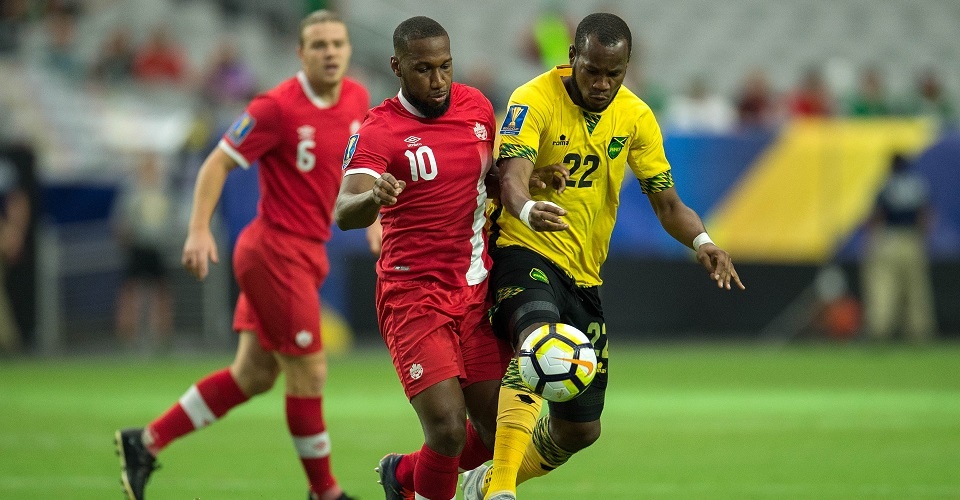 Canada took a positive step forward at the 2017 CONCACAF Gold Cup, but ultimately fell 1:2 to Jamaica at the quarter-final phase. Canada fought valiantly after falling behind 0:2, but couldn’t find an equaliser through a series of offensive chances after Junior Hoilett scored his first international goal to cut the lead in half.

“I am satisfied with the effort, the players left everything on the pitch. As a coach, you can’t ask for more,” said Head Coach Octavio Zambrano. “Definitely the effort and desire to win was there. For that, I am satisfied, but also not satisfied because of the score.”

This marked the first time since 2009 that Canada reached the quarter-final phase of the CONCACAF Gold Cup after a strong group phase in 2017. Canada opened the competition with a 4:2 win over French Guiana and then drew 1:1 with Costa Rica and 0:0 with Honduras in the group phase.

“In a short period of time, the players have understood what we wanted,” Zambrano said. “To play good football and attacking football, they have that in their heads and we need to continue with that idea..”

At the 2017 CONCACAF Gold Cup, Canada’s 23-man squad featured an average age of just 26 years old, including 10 players aged 23 or younger. Of the 23 players, 18 of them had previously featured in the Men’s National Youth Program, benefitting from more than 1,600 combined days from the U-15 to U-23 age group.

GOALS
In the 6th minute, Jamaica keeper Andre Blake blasted a goal kick into the Canada half that deflected to Steven Vitoria, bounced off his foot right to Darren Mattocks who beat Vitoria and crossed it to a wide open Shaun Francis who roofed the ball off the cross bar and in.

In the 50th minute, Kemar Lawrence threw the ball into Romario Williams who passed it back to Lawrence and on to Darren Mattocks. Mattocks dished it over to a wide open Williams who took two touches before he unleashed a right footed strike from just outside the box. Borjan got his fingertips to it but it wasn’t enough, Jamaica scored their second.

Junior Hoilett beat Jamaican defender Jermaine Taylor, charged up field, took a neat touch toward the left side and let Taylor and Kevon Lambert run past him. He maintained possession and cranked a bending shot with his right foot from nearly 25 yards out, the ball dipped over Blake into the top corner of the goal.

CANADA IN TORONTO ON 2 SEPTEMBER
Canada will have the chance to avenge the loss to Jamaica when they host Jamaica in Toronto September 2 at BMO Field in their next competitive fixture. Tickets to the Men’s International Friendly match start as low as $20 (plus applicable fees) and can be purchased online via Ticketmaster.ca, by phone at 1.855.985.5000, or in person at the BMO Field Box Office. As the match takes place during the Canadian National Exhibition (CNE), all match tickets include free admission to the CNE grounds on match day. The 2 September match kicks off at 19.00 ET with complete ticket details at canadasoccer.com/tickets.