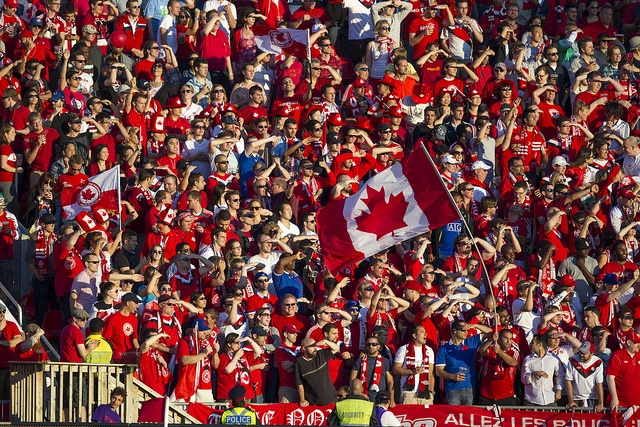 A sellout crowd will witness Canada’s Women’s National Team face rivals USA in the Rematch on Sunday, 2 June at BMO Field in Toronto, ON.

A sellout crowd will witness Canada’s Women’s National Team face rivals USA in the Rematch on Sunday, 2 June at BMO Field in Toronto, ON. The match, presented by Canadian Tire, sold out within the first hours of Friday’s public on-sale. Kick off for the match is set at 16.30 ET / 13.30 PT and will be broadcast live on all four regional Sportsnet channels.

Strong momentum built towards Friday’s public sale as the Canadian soccer community rallied quickly and took advantage of various presale and group offers.
“We want to thank our Canadian fans for this incredible display of support for our Women’s National Team,” said Victor Montagliani, President, Canadian Soccer Association. “This is a great indication of how passionate our nation is about soccer and only bodes well as we prepare to host the world for the FIFA Women’s World Cup Canada 2015TM.”

“To sell out BMO Field this quickly demonstrates once again the level of relevancy this team and the sport of soccer has reached in Canada,” added Peter Montopoli, General Secretary, Canadian Soccer Association. “We are thrilled to see the enthusiastic response from the soccer community and look forward to experiencing this momentous occasion on 2 June with our Canadian fans.”

The Canadian Soccer Association and its corporate partners will organize an interactive Fan Fest outside of BMO Field in the afternoon leading up to the match. Fans will be invited to participate in various activities and share the day with like-minded fans. More details will be released as the event draws nearer.

The match against the Americans will be the first time the two teams have clashed since a dramatic semi-final at the Women’s Olympic Football tournament at the London 2012 Olympics. In a drama-filled affair on 7 August, 2012, captain Christine Sinclair handed Canada the lead on three separate occasions but the Americans ultimately prevailed with a 123rd-minute winner in extra time. Canada rebounded from the devastating loss against USA to claim the country’s first-ever Olympic medal in Women’s football and Canada’s first summer Olympics medal by a traditional team sport since 1936.