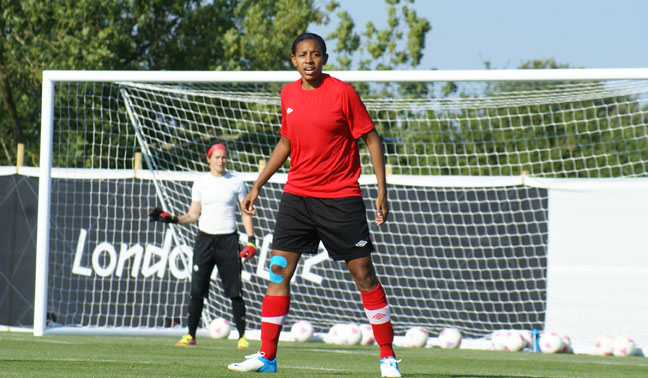 Canada has been on the pitch in the City of Coventry, with training sessions now scheduled every day in advance of the Wednesday Women’s Olympic Football Tournament opening match. Canada trained again on Sunday 22 July, followed by a meeting with some of the international media who will cover the London 2012 Olympics starting with the Canada-Japan group match on 25 July.