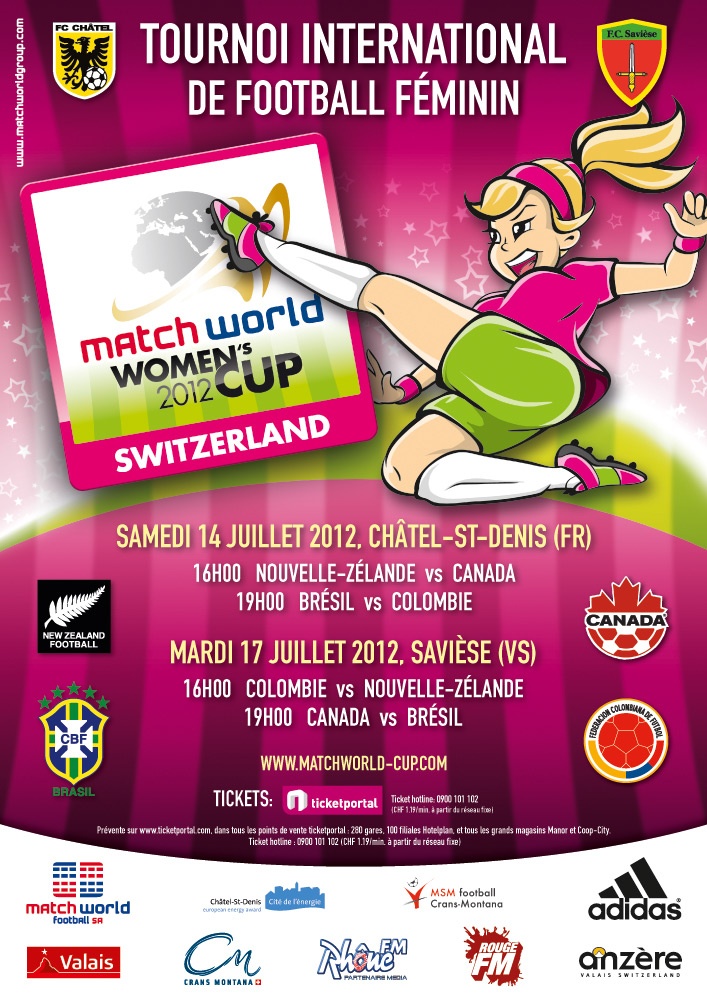 Canada has announced that it will participate in three women’s international matches during its two-week camp in Switzerland this July 2012, including two of which will be part of the Match world Women’s Cup. Canada is one of four teams competing in the women’s tournament, with matches against New Zealand on 14 July and Brazil on 17 July. Canada will also face the tournament’s other competitor – Colombia – in an Women’s International Friendly match on 9 July.

All four Match world Women’s Cup teams are currently preparing for the London 2012 Women’s Olympic Football Tournament. Canada has yet to face either Colombia or New Zealand this year, but has faced Brazil once (a 2:1 win on 24 March in a Women’s International Friendly match in Foxboro, MA).

Since the start of this calendar year, Canada has participated in 13 international matches (nine wins and four losses), including five of which were in Vancouver, BC for the 2012 CONCACAF Women’s Olympic Qualifying Tournament. It was in Vancouver at BC Place that Canada qualified for the London 2012 Women’s Olympic Football Tournament. Then on 30 May 2012, Canada won 1:0 over China PR in its Canadian Olympic send off at Stade Moncton 2010 Stadium in Moncton, NB. Last week, Canada lost 1:2 to reigning Olympic champion USA in Sandy, UT.