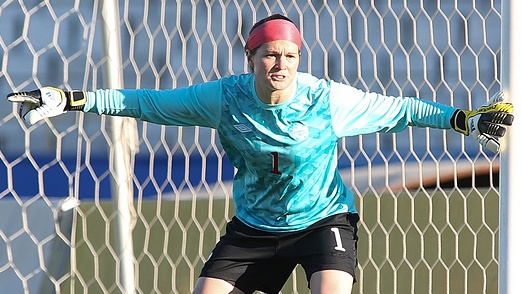 Canada to play at Commonwealth Stadium on 30 October.

Canada WNT will host Korea Republic in a Women’s International Friendly at Commonwealth Stadium in Edmonton, AB on Wednesday 30 October 2013.

The match in Edmonton will be Canada’s first women’s fixture at Commonwealth Stadium since a 2005 friendly against Germany. The contest between Canada and Korea Republic will be a precursor to the FIFA Women’s World Cup Canada 2015 as Canada will play the Opening Match in Edmonton.

Commonwealth Stadium holds the record for the highest-ever attendance at a women’s international fixture in Canada: a crowd of 47,784 attended the final of the FIFA U-20 Women’s World Cup in 2002 between Canada and USA.

Edmonton also holds the record for highest home attendance to a Canada WNT game, with 29,953 fans attending a win over Mexico in 2003.

Ticket details for the match will be announced at a later date.