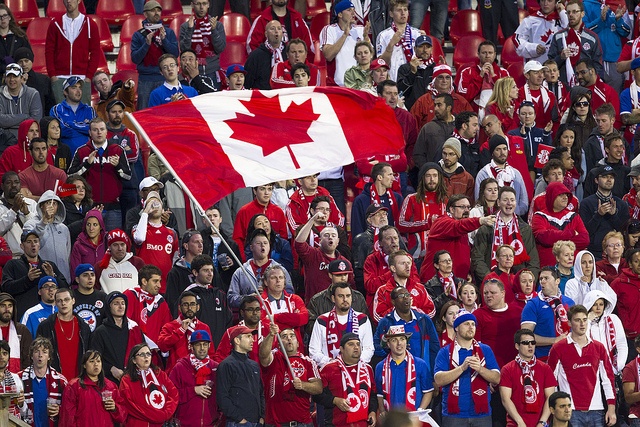 Canada’s Women’s National Team will open the doors to its training session on Thursday 30 May (19.00 ET) and unveil a new Umbro Canada Soccer kit.

Canada’s Women’s National Team will open the doors to its training session on Thursday 30 May, ahead of the sold-out Canada-USA Rematch in Toronto. More than an opportunity for fans to get an insider look at how Head Coach John Herdman and his Olympic Bronze Medal Team prepare for the anticipated women’s international friendly, the session will feature the unveil of a new Umbro Canada Soccer kit through a special presentation.

“This public session kicks off an exciting week leading up to the 2 June match between Canada’s Women’s National Team and USA” said Peter Montopoli, General Secretary, Canadian Soccer Association. “Following the overwhelming response around the Canada-USA match, we are thrilled to be able to grant a special up-close look at the team to our fans through this fun filled event presented by Umbro.”

The match against the Americans will be the first time the two teams have clashed since a dramatic semi-final at the Women’s Olympic Football tournament at the London 2012 Olympics. In a drama-filled affair on 7 August, 2012, captain Christine Sinclair handed Canada the lead on three separate occasions but the Americans ultimately prevailed with a 123rd-minute winner in extra time. Canada rebounded from the devastating loss against USA to claim the country’s first-ever Olympic medal in Women’s football and Canada’s first summer Olympics medal by a traditional team sport since 1936.

The highly anticipated Rematch between Canada’s Women’s National Team and USA, presented by Canadian Tire, will take place on Sunday, 2 June at BMO Field in Toronto, ON (kick off 16:30 local). The match will also be broadcast nationally on all four regional Sportsnet channels.