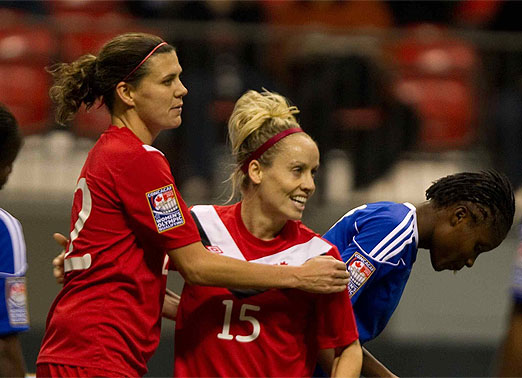 Canada’s match against Brazil will be broadcast in Canada on EuroWorld Sport at 13.00 ET / 10.00 PT. (EuroWorld Sport is available on Rogers Channel 425 / MTS Channel 165). For those unable to watch on TV, in-depth match updates will be provided on Twitter (@CanadaSoccerEN).

The Tuesday night match marks the 13th international encounter between Canada and Brazil. Canada leads the series with four wins, five draws and three losses. The most recent match was a Canadian 2:1 victory on 24 March 2012 in Foxboro, MA, USA. Christine Sinclair scored both Canadian goals in the win. Before this year, Canada and Brazil had posted draws against each other in five consecutive matches dating back to 2008.