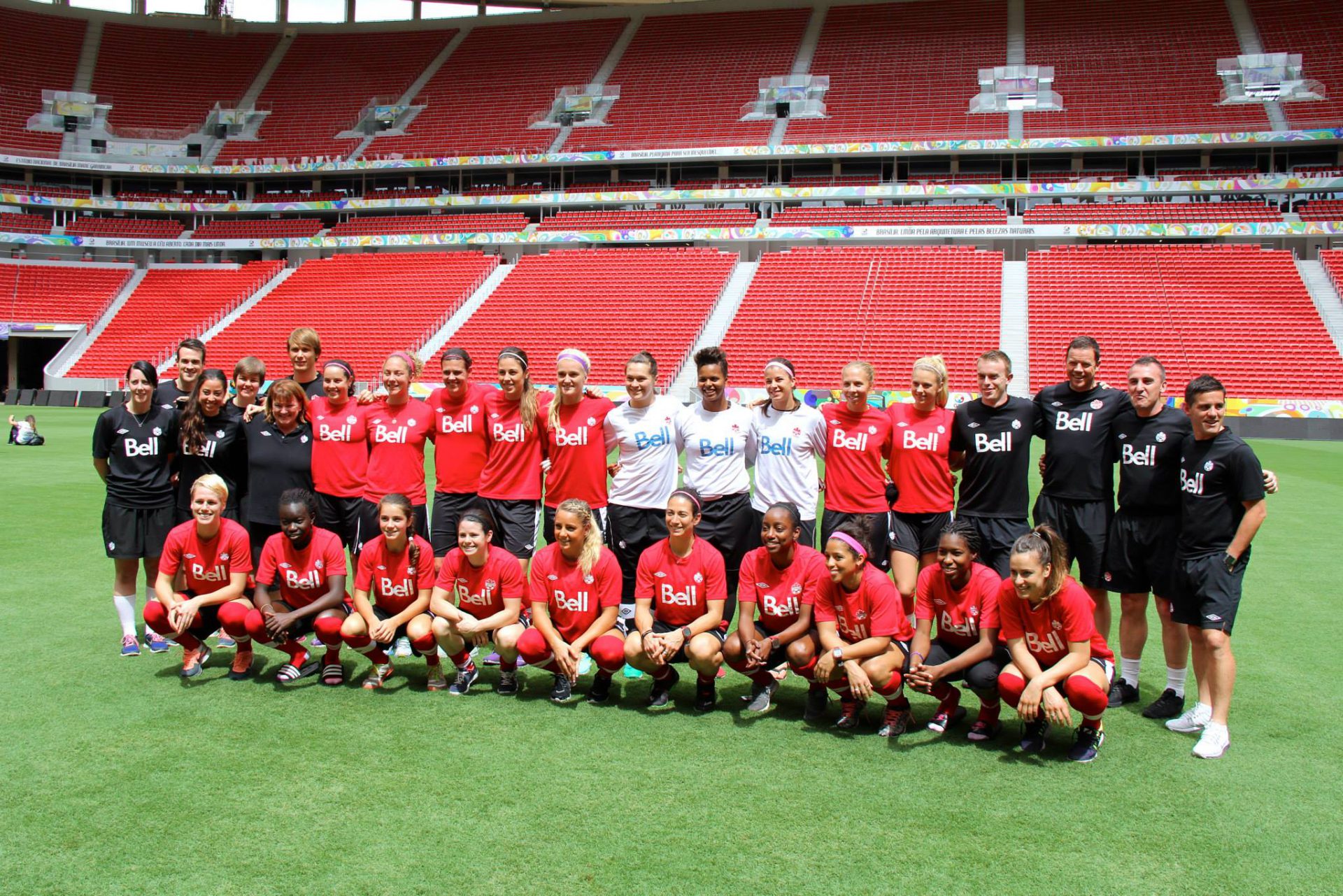 The Canada-Scotland game will open the action on Thursday with the hosts Brazil taking on Chile later in the day. Kickoff for Canada is at 16.30 ET / 13.30 PT.

Canada’s Women’s National Team has been so busy preparing and focusing on their opening game of the Torneio Internacional de Futebol Feminino in Brasilia, BRA, that they almost forgot a very special moment for a very special player.

The team’s first game against Scotland at the Estadio Nacional will be the 200th appearance for forward Christine Sinclair, who has become synonymous with Canadian soccer.

“I think we almost forgot,” Head Coach John Herdman joked after training on Wednesday. “We’ve been that focused on our work preparing for this first game against Scotland. I know it will get mentioned in one of the meetings (Thursday). For Sinclair, we’re just hoping she puts a goal in.”

Though the team has faced a mix of brutal heat, humidity and torrential rain at other points, Wednesday’s session was played under dry conditions in temperatures that were muggy but not terribly oppressive.

The team’s last game was a scoreless draw against Mexico at BC Place in Vancouver so the team, and Sinclair specifically, will be eager to get back to scoring goals.

“Christine’s obviously going to use this tournament to extend that goal tally and I hope she does,” said Herdman. “She’s had a bit of a quiet year with the team and I think there’s a lot of reasons for that.

The Canada-Scotland game will open the action on Thursday with the hosts Brazil taking on Chile later in the day. Kickoff for Canada is at 16.30 ET / 13.30 PT. Fans will be able to follow via Twitter @CanadaSoccerEN and watch match highlights on CanadaSoccerTV.