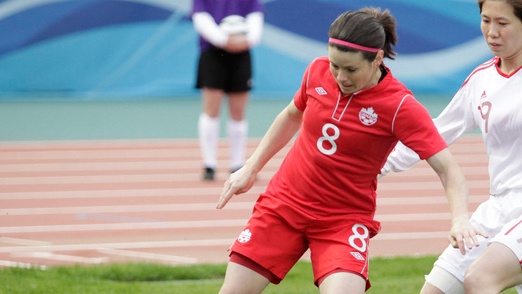 Canada has announced its travel roster for the upcoming Yongchuan Cup – Four-Nation Women’s Tournament 2013 China PR. Canadian coach John Herdman has selected 21 players for the camp, with players departing North America this Sunday 6 January. The team will play international matches on 12, 14 and 16 January.

For Herdman, the camp in China PR represents the start of a new campaign ultimately leading towards the FIFA Women’s World Cup Canada2015™.

“It is the start of a new journey and it is time for new players who want to be part of that journey,” said Canadian head coach Herdman. “We are trying to achieve a style of play and performance that the country can really enjoy. We have identified some gaps in our performances and we need to begin exploring the changes that will allow us to close those gaps.”

This marks Canada’s first project of the 2013 international season. The roster features a mix of established players and young prospects. Twelve of the 21 players won bronze medals with Canada at last year’s London 2012 Women’s Olympic Football Tournament. Captain Christine Sinclair is included in the group, although she will not be eligible to play because of an international suspension.

Amongst the younger players, seven of them have yet to make their international “A” debut. Those seven youngsters are defenders Kadeisha Buchanan and Shelina Zadorsky and midfielders/forwards Tiffany Cameron, Ashley Lawrence, Adriana Leon, Christabel Oduro and Nichelle Prince.