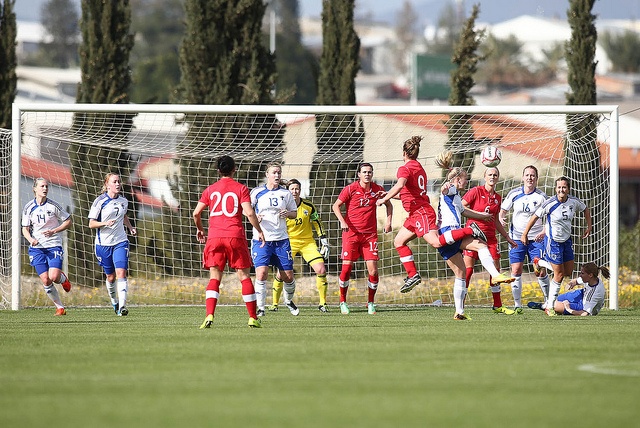 It’s now back-to-back tournaments where Canada’s Women’s National Team has gotten off to a flying start.

But unlike in December in Brazil, when the team followed up a rousing 2:0 win over Scotland in the opener with a 0:1 loss to Chile in the second game of the Torneio Internacional de Futebol Feminino in Brasilia, BRA, this time around, Canada’s keen to put what they learned a few months ago into practice.

“I think it was a mindset thing. I think the players and the staff went into that game thinking we could rest some players and get through that game to have a massive game against Brazil,” said Herdman referring to the game against Chile that came just before a strong performance in a scoreless draw with Brazil.

“We know a lot about Italy and they’ve been changing their formation recently and it’s going to be a tough game. We know that. They’ll get right up for this.”

Canada put in one of their most complete performances under Herdman when they put Finland to the sword by a 3:0 score in their Cyprus Cup opener on Wednesday. Key in that victory were veterans like Sophie Schmidt, Christine Sinclair, and Rhian Wilkinson.

Wilkinson was player of the match on Wednesday and veterans like her will likely be central to any Canadian success against Italy on Friday. Unlike in Brazil when a number of players were rested in the second game of the tournament, most will be called upon to step up again just two days after their first game here in Cyprus.

“It’s really easy to get over-excited about a performance like we had (Wednesday),” said Wilkinson after a light training session on Thursday. “We played well. But this it a tournament and that’s one game and using that as a baseline and something to go from, that’s now our job to grow through this tournament and end it a better team than as we started.”

Veteran midfielder Carmelina Moscato left Cyprus early Thursday morning to head back and receive treatment on a foot injury. She’s hoping to be ready to go for the new NWSL season with Seattle Reign FC.