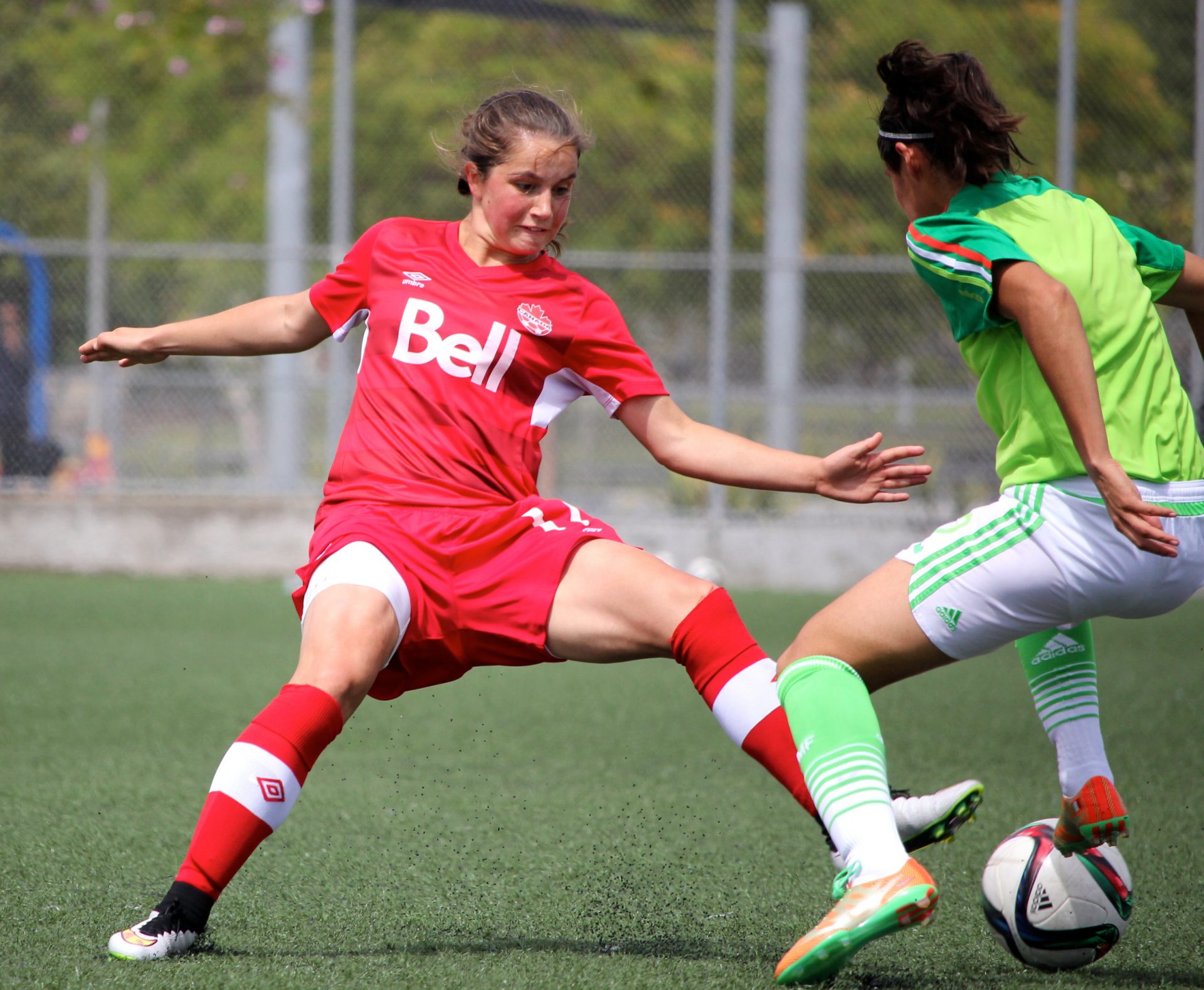 Canada will return to Canada on Thursday 21 May into Toronto in advance of their last international friendly prior to Canada 2015. That game takes place on 29 May at Tim Hortons Field in Hamilton, ON.

Another phase of preparation has come to an end and the Canadian Women’s Soccer caravan is picking up stakes and is on the move once again.

After a few days of training in picturesque conditions in Santa Monica, California, Canada wrapped up camp with a 1:0 win over Mexico in a training match. Jessie Fleming scored the game’s only goal in the first half.

With the game behind them, Canada now heads to Cancun, MEX, for a week of heat training.

“The team’s performed very well with some positive performances and some good results so I think we’re in a good space,” said Head Coach John Herdman. “The next stage is to get into heat acclimation for a sports science outcome and the team’s going to push themselves to another level of connection while they’re there.”

Fleming’s goal came around the half-hour mark on Thursday as she was in the right place to convert a cross that was parried into her path by the Mexican goalkeeper.

Canada could have had a few others in the first half but goalkeepers Stephanie Labbe and Karina LeBlanc, who each played 45 minutes, came up with quality saves on the few occasions Mexico went forward.

For now, Herdman hasn’t set his starting XI for the opening game of the FIFA Women’s World Cup Canada 2015 ™ but that’s just the way he wants it.

“There isn’t a set starting lineup and we’ve said this from day one,” said Herdman. “There are certain positions in the team that we’ll be rotating players in and out based on the opposition, based on our tactics. But we’ve really tried to dispel the myth that starting games is the most important.”

Canada will return to Canada on Thursday 21 May into Toronto in advance of their last international friendly prior to Canada 2015. That game takes place on 29 May at Tim Hortons Field in Hamilton, ON.