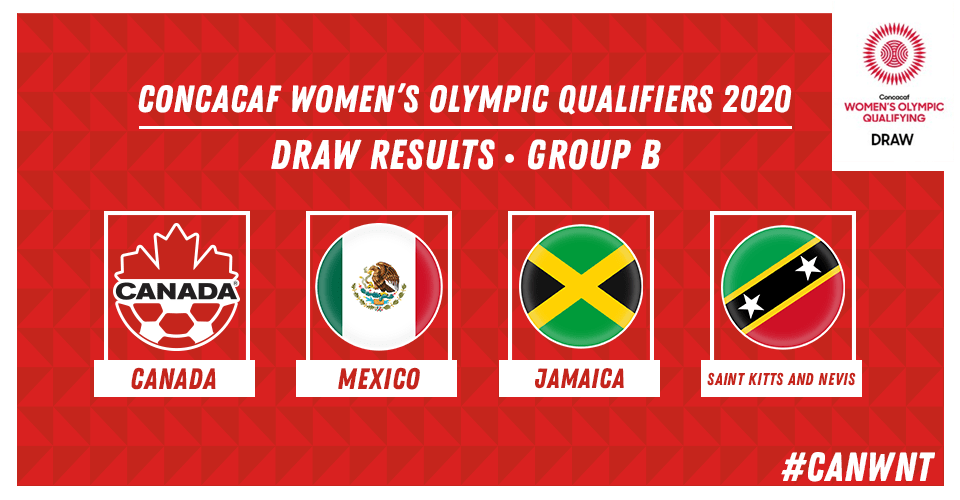 Canada Soccer’s Women’s National Team have learned their pathway to the Tokyo 2020 Olympic Games through a five-match schedule at the eight-nation 2020 Concacaf Women’s Olympic Qualifying Tournament. Canada will face Mexico, Jamaica and St. Kitts and Nevis in Group B after which the top two-nations in the group will cross over to alternate Concacaf Semi-finals against the top-two nations in Group A.

The two winners of those Concacaf Semi-finals on Friday 7 February will qualify for the Tokyo 2020 Olympic Games as well as advance to the Sunday 9 February Concacaf Final. Both the Semi-finals and Final will be played in Carson, CA, USA near Los Angeles.

“It is crucial as a program that we qualify and deliver a massive performance at the Women’s Olympic Football Tournament in Japan next year,” said Kenneth Heiner-Møller, Canada Soccer’s Women’s National Team Head Coach. “The Concacaf Women’s Olympic Qualifying Tournament is a big event. There are no easy matches and we need to be ready.”