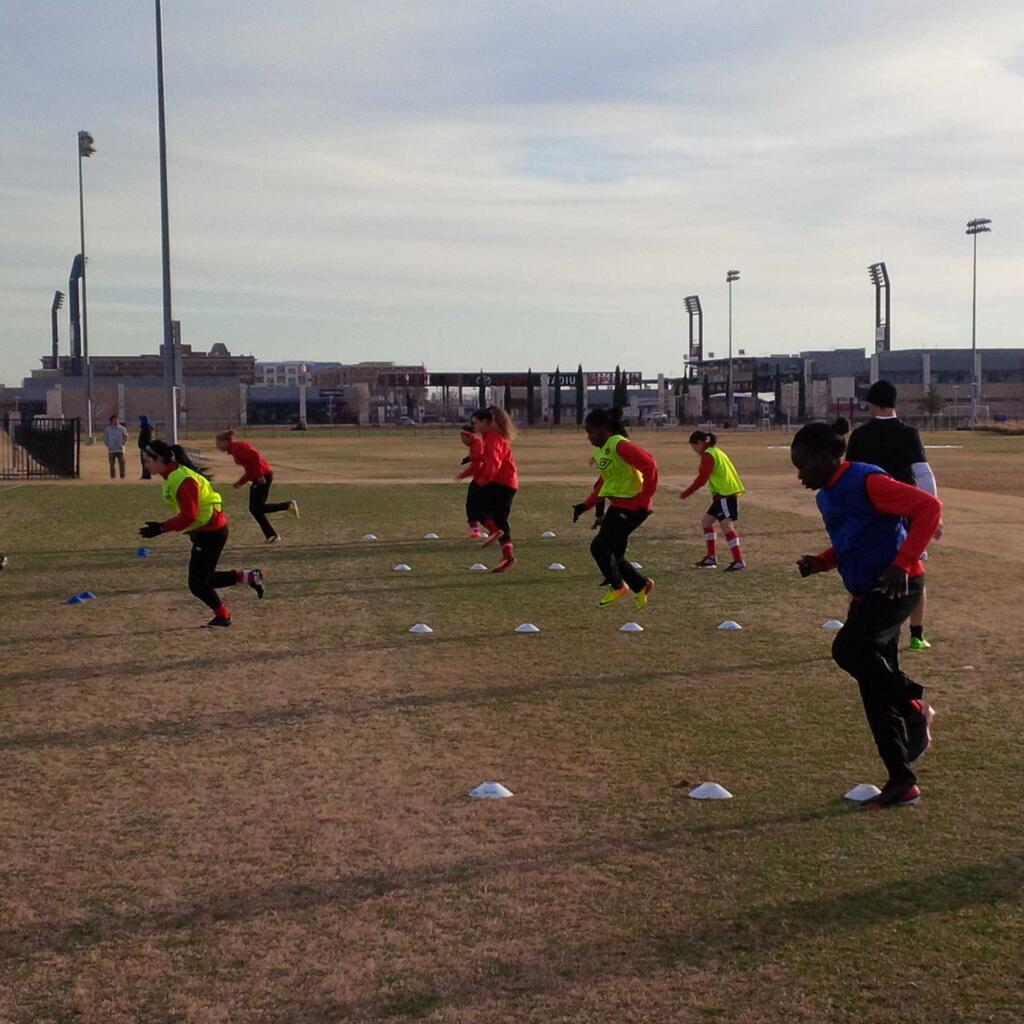 Canada WNT hoping to break down the American machine

Canada WNT hoping to break down the American machine

In their last few games, the world number one Americans haven’t been so much beating other teams as they have destroying them.

But in their first game of 2014, Canada’s Women’s National Team is hoping to stop the American juggernaut on their home turf in Frisco, Texas, on Friday.

“They’re an absolute machine but at some point someone’s going to trip them up,” said Head Coach John Herdman on Thursday prior to Canada’s final sessions to prepare for the game at Toyota Stadium, the home of FC Dallas of Major League Soccer.

“Every time we come into these games we want to be the team that does that. We’re coming into the USA with a mindset of let’s see if we can come in here and win a derby match.”

The rivalry between the neighbours has been taken to a new level ever since that memorable semi-final game in London in 2012 at the Olympics. In the rematch between the teams last year, Canada held their own at BMO Field in Toronto for most of the game before conceding three times in a 0:3 loss.

Friday’s game will be the first chance for Herdman and the staff to have a look at how the team has progressed since then and how the team’s centralized development program taking place in Burnaby, British Columbia, is coming along.

“We’ve done all the hard work over the last couple of weeks and put some of the tactical things in place,” said Herdman. “So it’s allowed the players a real license to go and get a result. It’s important to play the world number one.”