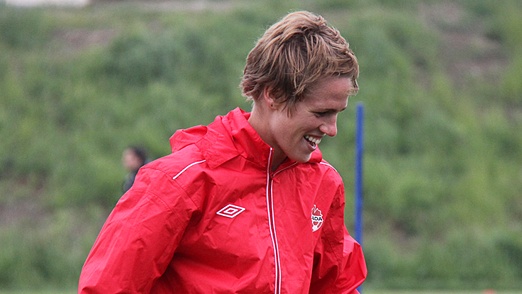 Canada WNT gets down to business in Toronto

Canada WNT gets down to business in Toronto

Team preparing for sold-out clash against USA on Sunday.

Canada WNT has kicked-off a week of preparation in Toronto ahead of Sunday 2 June’s Women’s International Friendly against USA at BMO Field (16.30 local kick-off).

The team completed its opening two sessions of the camp on Monday and Tuesday and will continue to prepare itself for Sunday’s sold-out clash in Toronto.

For Head Coach John Herdman, the match against the Americans represents an opportunity for the squad to test itself in producing a ‘personal best’ performance after a first five months of the 2013 season that has been spent creating a new identity for the team.

“2013 has been a development year thus far,” said Herdman after training on Tuesday.

“In the last 8 or 9 games we have given a lot of opportunities to new players – but now this is a time to face in the world number one (USA).

“We are focusing on our performance and producing a personal best. And hopefully if we do that – it might give us as win.”

For captain Christine Sinclair – a high-profile home match-up with USA represents an opportunity for the team to test itself under ‘high-pressure’ circumstances at home.

“We just need to embrace the pressure,” said Sinclair.

“It’s going to be one of our few opportunities to play at home against the best team in the world before the FIFA Women’s World Cup. We need to learn from this experience.”

Sunday’s Canada-USA match will take centre-stage from coast to coast as the week-long build-up of activity and media attention will climax with a national broadcast of the game on all four Sportnet regional networks with coverage beginning at 16.30 ET / 13.30 PT.

While the match itself in Toronto sold-out on the first day of public on-sale – fans can still get an opportunity to see the team up-close-and-personal when Canada hosts an open training session at BMO Field at 19.00 (local time) on Thursday 30 May.