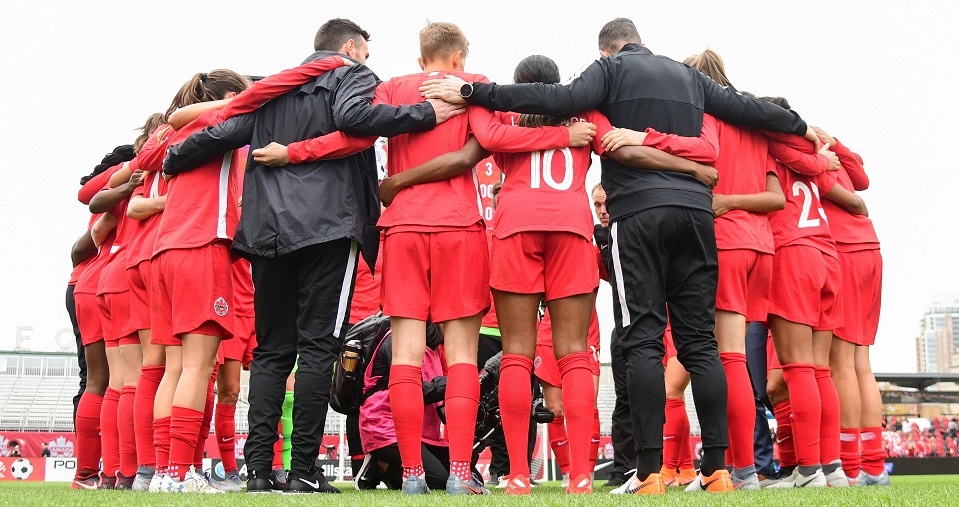 Canada WNT fall to Olympic hosts Japan in away international

Canada WNT fall to Olympic hosts Japan in away international

Canada Soccer’s Women’s National Team lost to the Olympic hosts Japan in a Sunday away international match in Shizuoka. Mana Iwabuchi, Yuka Momiki, Yui Hasegawa and Rikako Kobayashi were the goalscorers in the 4:0 victory at IAI Stadium Nihondaira on 6 October.

It was the first Women’s International Friendly match for both nations after the FIFA Women’s World Cup France 2019 this summer. While Japan have qualified as hosts for the Tokyo 2020 Olympic Games, Canada are preparing for the 2020 Concacaf Women’s Olympic Qualifiers to be played in January and February. As part of the nine-day camp overseas, Canada will face Japan again in a closed exhibition match on Monday 7 October.

“The result put us in perspective, where we are at the minute and the enormous work that lies ahead of us,” said Head Coach Kenneth Heiner-Møller. “FIFA Women’s World Cup’s and Olympics forge teams but being unsuccessful at pinnacle events also create blues. It seemed like we still have it and that we carried these emotions onto the pitch, which made us look like individuals more than a team. The performance we put on was not a Canadian performance, and against teams like Japan, you end up beaten, if you are not one solid unit. We want to be here in Japan fighting for medals at the Olympics next summer, but we need to qualify first, and this is a massive wake-up call for all of us.”
Iwabuchi gave Japan the 1-0 lead early in the first half after she nearly missed her attempt on the pass from Emi Nakajima. The goal stood for nearly an hour before Momiki made it 2-0 on a rebound attempt. Hasegawa then made it 3-0 on a pass from Iwabuchi. Then late in added time, Kobayashi scored the final goal on a rebound after the initial Canada save.
“I’m obviously disappointed with the result,” said Canada’s centreback Shelina Zadorsky. “We pride ourselves of being a solid defensive team, so to let four goals in is obviously very disappointing. If this is the reality check we needed at this point so be it. We have to move on from here, take all the learnings we can from this game, and learn from it.”
MATCH CENTRE, QUOTES & PHOTOS : https://www.canadasoccer.com/?gid=1563&t=match

Canada started Stephanie Labbé in goal, Ashley Lawrence at right back, Kadeisha Buchanan, Shelina Zadorsky, and Rebecca Quinn at centre back, Jayde Riviere at left back, and Desiree Scott, Sophie Schmidt, Jordyn Huitema, Jessie Fleming and Captain Christine Sinclair from the midfield up through to the attack. In the second half, coach Kenneth Heiner-Møller replaced Rebecca Quinn with Janine Beckie (46’), Sophie Schmidt with Adriana Leon (60’), Jayde Riviere with Lindsay Agnew (73’)

Attendance for the Sunday match was 8,123 spectators.

CANADA PREPARE FOR OLYMPIC GAMES
So far this year, Canada have posted an record of seven wins, three draws and three losses in 13 international matches. Reaching back to September 2018, Canada’s record is 12-3-4, with the other three losses against the top three nations from the FIFA Women’s World Cup France 2019 (USA, Netherlands and Sweden). Earlier this year, Canada posted a 10-match unbeaten streak, the second longest in program history.

At the 2020 Concacaf Women’s Olympic Qualifiers, only the top-two Concacaf nations will qualify for the Olympic Games in Japan.