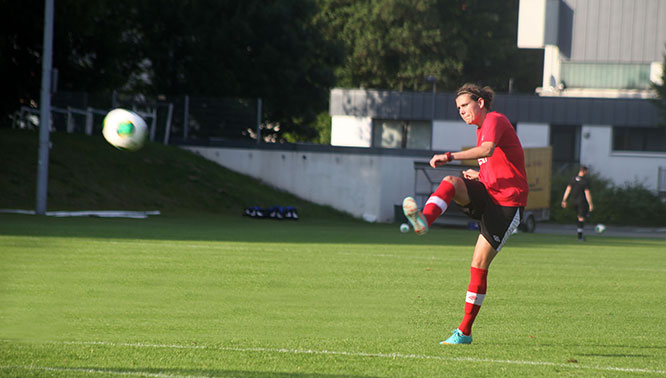 Germany-Canada match to be broadcast on Sportsnet ONE

Canada will face defending European champions Germany in a 2013 Women’s International Friendly match this Wednesday 19 June in Paderborn. The match will be played at Benteler Arena, with broadcast coverage by ARD in Germany and Sportsnet ONE in Canada (18.00 local / 12.00 ET / 09.00 PT).

Additional pre- and in-match coverage can be followed via Twitter (@CanadaSoccerEN). Match highlights will be available on CanadaSoccerTV.

Canada’s footballers are in mid-season form through their professional and elite clubs in Canada and USA, albeit they have had but three to five days to prepare together with the Canadian team in Germany. The current FIFA Women’s International break opened 14 June, with players returning to their clubs in North America after the 19 June match.

Despite missing several players to injury, the Germans are in fine form ahead of next’s month 2013 UEFA Women’s EURO in Sweden. In preparation for this year’s championship, Germany played Scotland on 15 June (a 3:0 win), play Canada on 19 June, and then face Japan on 29 June. The Germans were continental champions at the last UEFA Women’s EURO in Finland in 2009.

The last meeting between Germany and Canada took place at the FIFA Women’s World Cup Germany 2011. In that match, the hosts won 2:1, although Canadian captain Christine Sinclair cut the lead on a highlight-reel free kick in the 82nd minute.

Canada will host the next FIFA Women’s World Cup in two years from 6 June to 5 July 2015. Matches will be played coast-to-coast in Vancouver, Edmonton, Winnipeg, Ottawa, Montréal and Moncton.