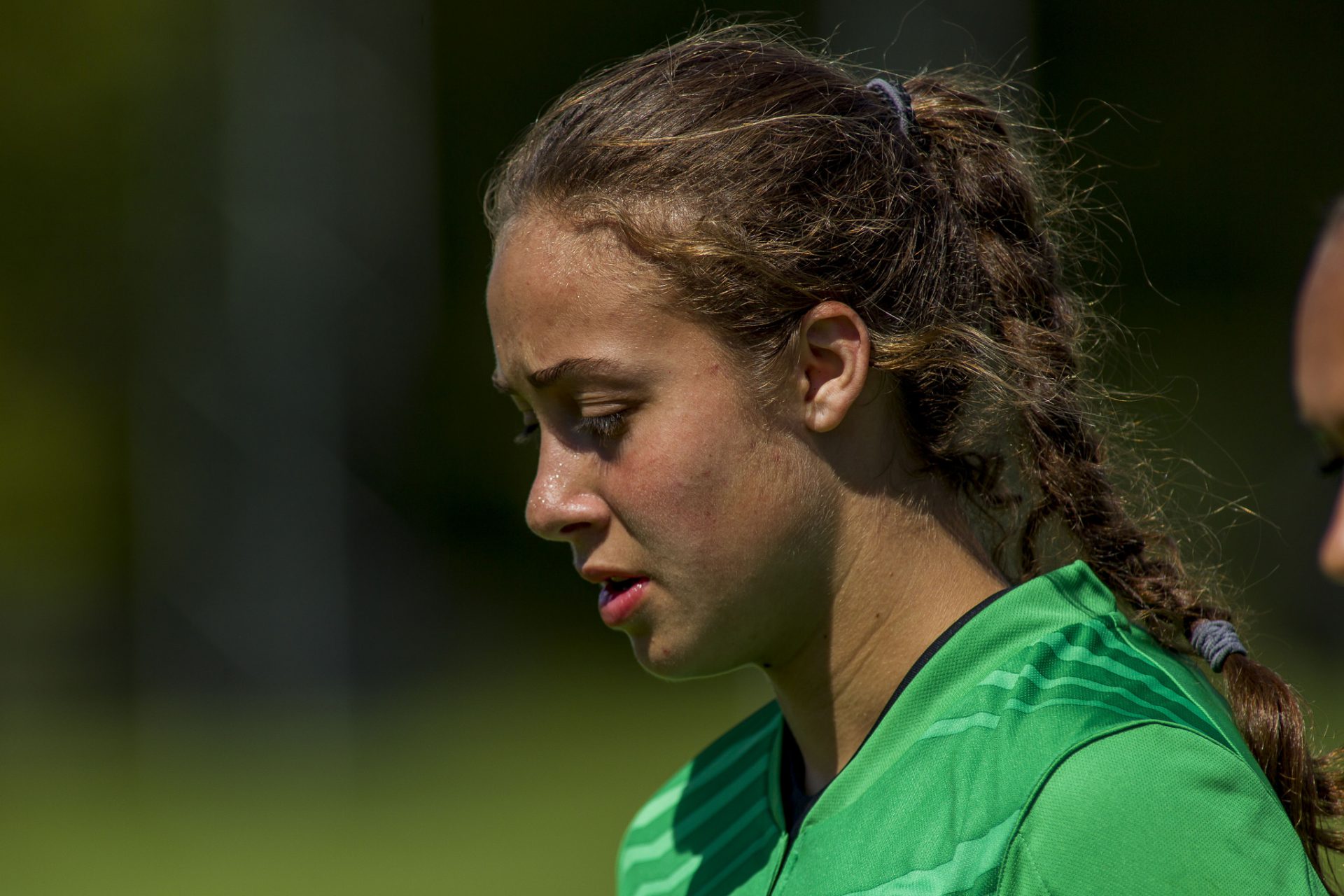 Canada’s Women’s National Team faced Costa Rica its second group phase match of the 2015 Toronto Pan American Games on Wednesday night. Coming off an exciting 5:2 win against Ecuador, the Canadians saw their lack of spark cost them in a 0:2 loss, despite an evenly contested game against Costa Rica.

Canada’s Head Coach Danny Worthington came in this second match having to make a few changes to his line-up. Experienced goalkeeper Stephanie Labbé was serving a one-game suspension following the red card she received in the previous match, and team staples Kadeisha Buchanan and Ashley Lawrence were both unavailable on the night having returned to West Virginia University for a week of summer school classes. All three are set to return to the team for Sunday’s match against Brazil.

“It’s important [for fans and media] to know that our top young athletes have what we call an athlete life plan and that plan maximizes and balances out their contacts with the Women’s National Team and their education,” highlighted Worthington. “Coming into this tournament it was all about the youth focus, and the next level of players. What an opportunity tonight for these young players: without Buchanan and Lawrence here, we got two 16 year-olds on the park tonight, and what an opportunity to grow from that.”

Whitby, Ontario, goalkeeper Kailen Sheridan is another young player that made her debut with Canada WNT tonight, and while she surely would’ve hoped for a more favourable result on the eve of her 20th birthday, she showed poised and confidence from the get-go.

“You always have to be prepared,” said Sheridan when asked about the pressure of stepping in for the match. “Whenever you are the backup, you have to be the support for the team but also be ready when it’s your time. As much as it is unexpected and pressure, it’s nothing that we’re not prepared for.”

Worthington described the match as a tough test, indicating that while the team was going into this match looking for the win, they were facing fierce opposition.

“Costa Rica have just come out of a [FIFA Women’s] World Cup, they’ve got the full squad here, and they were within inches of making the knockout round in the World Cup,” said Worthington. “We knew they were going to be a strong team. One of our principles coming here was to give the youth players an opportunity in the first two games, so we knew that and we did that. So in those two games everybody has seen the field.”

After a first half where both teams shared possession and neither keepers were really tested, Costa Rica entered the second half with just a bit more opportunism and managed to capitulate on the chances they created. The first goal came on a well-executed corner kick that found Costa Rica’s Captain Shirley Cruz who headed it past the extended arms of Sheridan in the 61st minute. The second Costa Rican goal was also the result of a mistimed marking by the Canadian defenders and a good run, and strike, by Karla Villalobos in the 74th minute.

“We’re not happy with the result, but I thought that it wasn’t a bad game,” offered Janine Beckie. “We had our spells, they had their spells, but it definitely needs to be better [to beat] a team like Brazil so we’ll look to get after it in these next four days and get ready.”

“As we move forward to Brazil what you’ll see is we had some questions marks coming in and this game [against Costa Rica] has shown us which players will need to play against Brazil,” concluded Worthington.

Canada will face Brazil on Sunday (20.30 ET / 17.30 PT) in Hamilton in the last Group B match and tickets are still available via toronto2015.org. The match will be broadcast live on Sportsnet and CBCSports.ca.