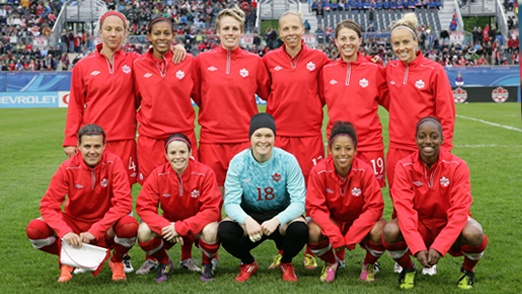 Canada arrives on 18 July via Heathrow Airport in London.

Canada has arrived in London, England in advance of the upcoming Women’s Olympic Football Tournament, which will kick off in exactly one week’s time. The team arrived at Heathrow Airport on 18 July 2012.

Twelve of Canada’s 18 players have experience from the last Women’s Olympic Football Tournament at Beijing 2008. That was the year Canada reached the quarter-final phase of the competition, only falling in extra time to eventual champion and CONCACAF rival USA. The six players hoping to make their Olympic debut at London 2012 are Lauren Sesselmann, Chelsea Stewart, Kelly Parker, Desiree Scott, Kaylyn Kyle and Carmelina Moscato.