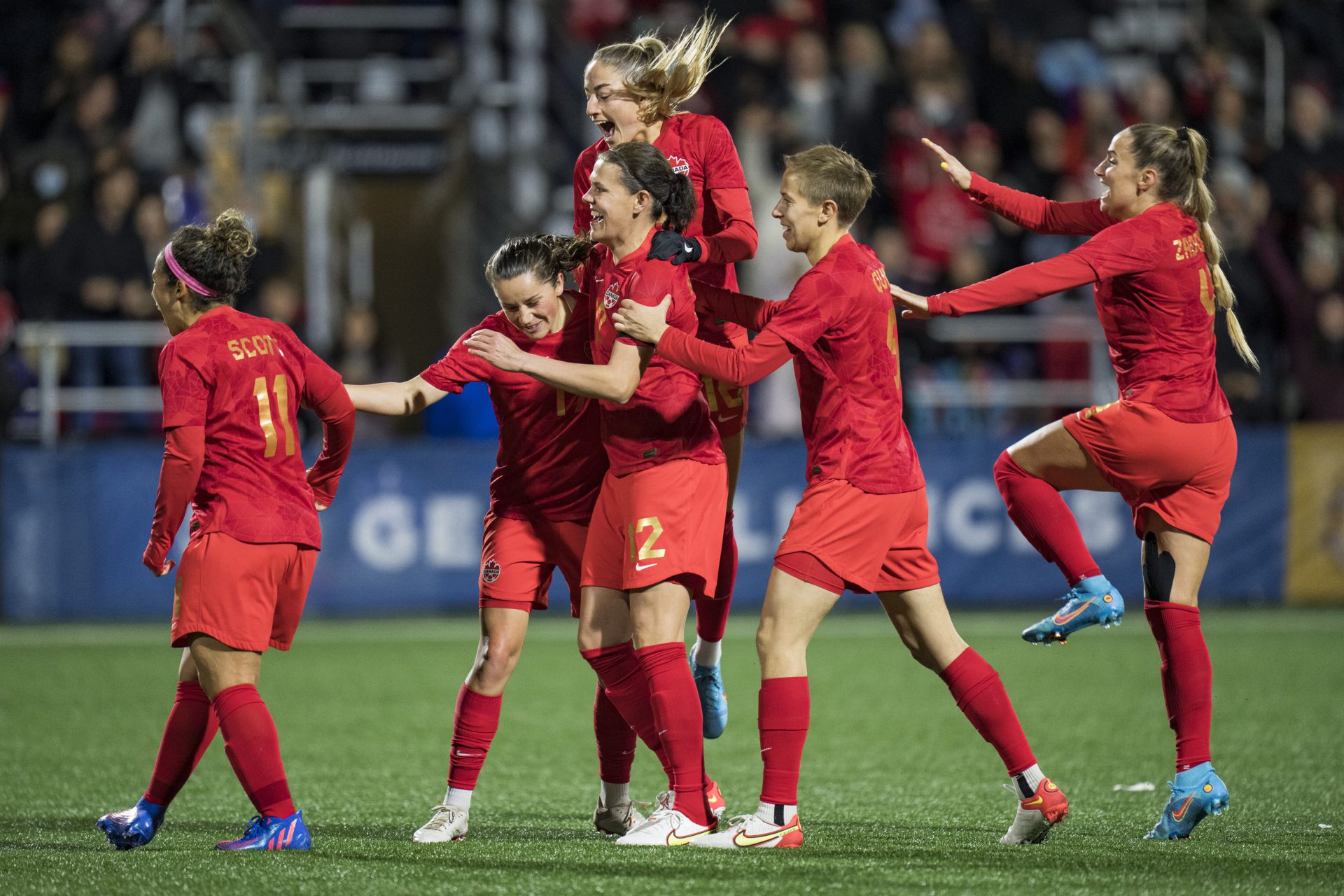 Canada Soccer’s Women’s National Team have announced their squad for the upcoming October 2022 international window for the International Football Festival in Cádiz, Spain. Canada will face Argentina on Thursday 6 October and then Morocco on Monday 10 October. Both matches will be played at Estadio Municipal de Chapín in Jerez, Spain.

Priestman’s squad will have the opportunity to test themselves against two opponents who have already qualified for the FIFA Women’s World Cup Australia & New Zealand 2023™. This camp will mark the last international window before the Official Draw for the FIFA Women’s World Cup™ on 22 October 2022 in Auckland, New Zealand, where Canada will learn more about the path that lies ahead of the biggest tournament in the world.

“To play two Women’s World Cup opponents with different styles ahead of the draw is exciting and will only support the invaluable experiences we will accumulate in the remaining four FIFA windows,” said Bev Priestman, Canada Soccer’s Women’s National Team Head Coach. “We know that in a World Cup, the variation of tiers and styles is much greater compared to an Olympics. Therefore, this is a perfect fit at this stage given our recent and future Tier one fixtures. The squad is still missing some key players, however, at this stage it does allow us to assess and re-assess players that have done well in our environment, in club or college ahead of 2023.”

The Thursday match kicks off at 13.30 ET / 10.30 PT (19.30 local) while the Monday match kicks off at 10.30 ET / 07.30 PT (16.30 local). Fans will find extended coverage for the matches across Canada Soccer’s digital channels on Facebook, Instagram, Twitter, and YouTube featuring the hashtag #CANWNT.
Canada won both of their matches in the September window against Australia, a 1:0 victory on Saturday 3 September and the 2:1 victory on Tuesday 6 September 2022. They were Canada’s first two international matches since the Concacaf W Championship as the squad now focuses squarely on the FIFA Women’s World Cup Australia & New Zealand 2023™.

With 317 international “A” appearances, Christine Sinclair is the most experienced international player in the October squad. Sinclair has made 305 starts, scored 190 goals, and helped Canada post 170 wins. She is a 14-time Canada Soccer Player of the Year and two-time Canadian Athlete of the Year. Sinclair of Portland Thorns FC is one of 10 Canada players based in the National Women’s Soccer League alongside club teammate Janine Beckie of Portland Thorns FC, Kailen Sheridan of San Diego Wave FC, Allysha Chapman, Sophie Schmidt and Nichelle Prince of Houston Dash, Bianca St-Georges of Chicago Red Stars, Quinn and Jordyn Huitema of OL Reign, and Desiree Scott of Kansas City Current.

Kadeisha Buchanan of Chelsea FC and Ashley Lawrence of Paris Saint-Germain will both return to the Canada lineup after not being available for the last Canada camp in September. The rest of the Canada squad features returning players based in Europe Jessie Fleming of Chelsea FC, Adriana Leon of Manchester United FC, Shelina Zadorsky of Tottenham Hotspur, Julia Grosso of Juventus FC, Cloé Lacasse of SL Benfica, Evelyne Viens of Kristianstads DFF, Sura Yekka of Le Havre AC, Sabrina D’Angelo of Vittsjö GIK and Lysianne Proulx of SCU Torreense.

Unavailable for the October camp are injured players Vanessa Gilles of FCF Olympique Lyonnais, Deanne Rose of Reading FC, Gabrielle Carle of Kristianstads DFF and Jayde Riviere of the University of Michigan.

CANADA SOCCER’S WOMEN’S NATIONAL TEAM
Canada are Olympic champions (Tokyo 2020), two-time bronze medal winners (2012 and 2016), and two-time Concacaf champions (1998 and 2010). In all, Canada have participated in seven consecutive editions of the FIFA Women’s World Cup™ (1995 to 2019) and four consecutive editions of the Women’s Olympic Football Tournament (2008 to 2021). At Tokyo 2020, Canada Soccer’s Women’s National Team became the first Canadian team to win three consecutive medals at the Summer Olympic Games and just the third nation in the world to win three medals in women’s soccer.
Canada Soccer’s Women’s National Youth Teams, meanwhile, have won four Concacaf youth titles: the 2004 and 2008 Concacaf Women’s Under-20 Championship, the 2010 Concacaf Women’s Under-17 Championship, and the 2014 Concacaf Girls’ Under-15 Championship. Canada have qualified for eight editions of the FIFA U-20 Women’s World Cup (including a silver medal at Canada 2002) and all seven editions of the FIFA U-17 Women’s World Cup (including a fourth-place finish at Uruguay 2018).