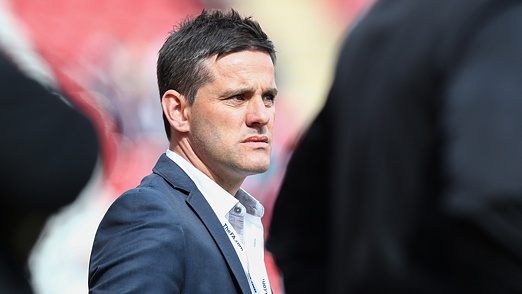 Canada WNT has announced its 18-player roster for the Sunday 2 June (16.30 local kick-off) Women’s International Friendly against USA at BMO Field in Toronto.

The squad features 14 players who were part of Canada’s bronze-medal-winning roster at London 2012.

In addition to the Olympic group, youngsters Kadeisha Buchanan, Tiffany Cameron and Ashley Lawrence continue to keep their places in the senior team after previous involvement with the side early in 2013.

Rachel Quon, a 21-year-old defender for Chicago Red Stars in NWSL, has earned her first call-up to a Canada camp.

Striker Melissa Tancredi rejoins the group for the first time since the team won its Olympic bronze medal against France in August 2012.

Of the 18 players named to the squad 10 featured in the Olympic semi-final between Canada and USA on 6 August 2012 in Manchester, UK.

“It was important for us to bring in a blend of youth and experience for this game,” said Head Coach John Herdman.

“We feel we have a good blend of players that have experience playing against USA – but we are also sticking to our task of preparing for the future.”

The Canada-USA match at BMO Field sold out on the first day of public on-sale and Herdman is looking to Canadian supporters to give the team a taste of the passionate home support it is anticipating at the FIFA Women’s World Cup Canada 2015.

“The fans are going to play a massive part in the game,” said Herdman.

“We will be playing in front of packed house and all of the pressure that goes with that. It’s important for this group of players, particularly the young ones, to get a real sense of the support we are looking forward to in 2015.

“We know the crowd will be in full voice and right behind us.”

Canada will also open the doors to its training session on Thursday 30 May, ahead of the sold-out Canada-USA Rematch in Toronto.

More than an opportunity for fans to get an insider look at how Head Coach John Herdman and his side prepare for the friendly, the session will feature the unveiling of a new Umbro Canada Soccer kit through a special presentation.

“It’s an opportunity for young players to see their heroes up-close and personal,” said Herdman.

“It will be a great window into the preparation that goes on at the top level and the type of environment we try create for our national teams.”

The Canada-USA match itself on Sunday 2 June will be broadcast live coast-to-coast in Canada on all four Sportnset regional networks (16.30 ET / 13.30 PT).

Fans will be able to follow build-up video coverage to the match on CanadaSoccerTV beginning on Monday 27 May. Additional coverage will be available on Twitter: @CanadaSoccerEN; as well as at Facebook.com/CanadaSoccer.

Defender Kylla Sjoman and midfielder Danica Wu were added to the Canada WNT roster on Friday 24 May.

Sjoman earned her first cap in Canada’s April 2013 match against England and has been recalled to the squad for the camp in Toronto.

Wu is a former Canada U-17 and U-20 international and has earned her first call-up to a senior camp.