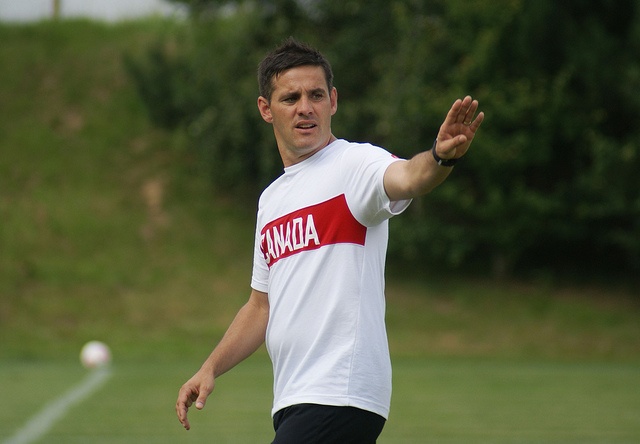 Canada’s women’s national team has announced a 27-player roster for an upcoming year-end training and assessment camp in Canada.

Canada’s women’s national team has announced a 27-player roster for an upcoming year-end training and assessment camp in Canada. National head coach John Herdman has called his squad for a nine-day camp that runs 12-20 December in the Vancouver area.

The camp will feature a mix of established players, returning players and youth players who will get their first call-up to a national “A” camp. Of note, the camp features 12 players from Canada’s London 2012 bronze medal team.

“The camp will have our Olympians as well as some new players looking to stake a claim to be part of our four-year plan towards the FIFA Women’s World Cup Canada 2015 and Rio 2016 Women’s Olympic Football Tournament,” said national head coach John Herdman. “The camp will provide baseline testing as well as serve as an identification camp as we launch our new quadrennial cycle in 2013.”

Of note, Herdman did not call in players that competed at the elite or college level after the Olympics or players that are recovering from injury. Both Diana Matheson and Rhian Wilkinson who won a Norwegian title with Lillestrøm SK Kvinner in November, for instance, will not take part in the December national camp.

Twelve of the 27 players were bronze-medal winners at the London 2012 Olympics while six others are returning national players that have previously competed in Canadian “A” camps. The six returning players are Tiffany Cameron, Alyssa Lagonia, Brooke McCalla, Bryanna McCarthy, Alyscha Mottershead, and Jodi-Ann Robinson.

“With a break given to our Olympic players that went straight into a pro or college season or that are presently recovering from injury, it has opened the door to identify new and past players from our national program,” said Herdman.

Richardson, Zadorsky and the four U-17 players have all received their first-ever call ups to the national “A” team.

In 2012, Canada won a bronze medal at the London 2012 Women’s Olympic Football Tournament.