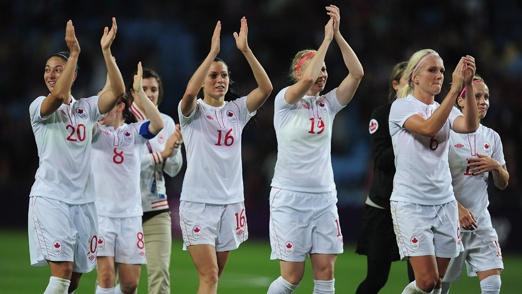 Canada will first take on England in a Women’s International Friendly on Sunday 7 April, 2013 at the New York Stadium in Rotherham, England.

While Canada faced members of the England team in a quarter-final win over Great Britain at the London 2012 Olympics – the last official meeting between the two sides was a 2:0 win for Canada on 7 March, 2011 at the 2011 Cyprus Women’s Cup.

The Canadian women have an all-time record of 5W-0D-1L against the English in six matches dating back to 1995.

Canada will then take on Germany in a Women’s International Friendly on 19 June, 2013, at a to-be-determined venue in Germany.

The match will be the first encounter between the two sides since Canada and Germany met in the opening match of the FIFA Women’s World Cup Germany 2011™ in front of a crowd of 73,680 at the Olympiastadion in Berlin.

Canada WNT has never earned a result against Germany. The team has a record 0W-0D-10L in matches dating back to 1994.

Canada’s next scheduled action is the 2013 Cyprus Women’s Cup to take place at various locations in Cyprus from 4 to 13 March.

Canada’s first fixture at the tournament will be a 6 March (14.30 local kick-off) encounter with Switzerland as the GSZ Stadium in Larnaca, Cyprus.