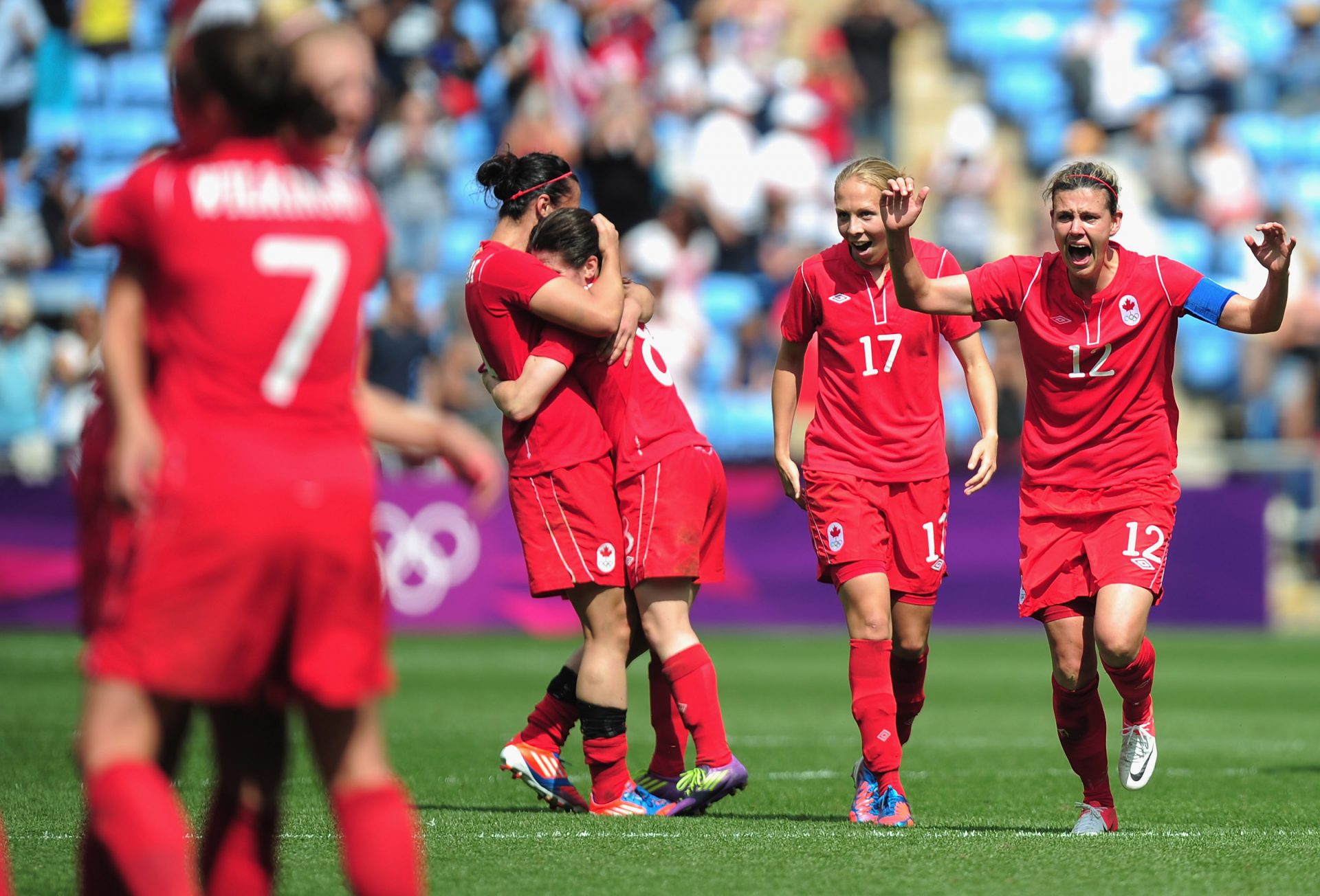 Canada won bronze at the London 2012 Women’s Olympic Football Tournament. The Olympic medal was a first in program history, also Canada’s best-ever finish at one of the two major- women’s “A” tournaments. Canada finished third in the competition behind silver-medal winners Japan and gold-medal winners USA.