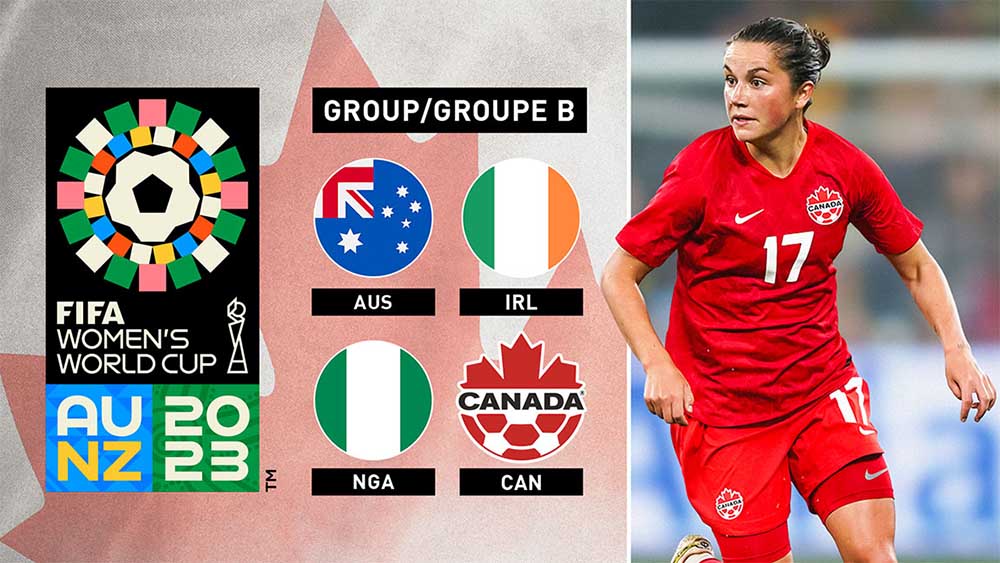 Canada will face Nigeria, Republic of Ireland and Australia on world stage in 2023

Canada will face Nigeria, Republic of Ireland and Australia in the group phase of the upcoming FIFA Women’s World Cup Australia & New Zealand 2023™. Drawn into Group B at the Official Draw on Saturday 22 October, this will mark Canada’s eighth consecutive participation at the FIFA Women’s World Cup, the world’s largest single-sport, women’s sporting event which expands to 32 nations in 2023.

“We’re excited and getting host nation Australia is going to bring an incredible atmosphere to our group finale at the FIFA World Cup,” said Bev Priestman, Canada Soccer Women’s National Team Head Coach. “This FIFA World Cup is going to be bigger and better than ever before based on where the women’s game is and based on the number of nations involved. With matches against Australia, Nigeria and the Republic of Ireland, there won’t be an easy match in our group.”

Following Saturday’s Official Draw in Auckland, New Zealand, Canada’s schedule begins with Nigeria on Friday 21 July in Melbourne, continues with Republic of Ireland on Wednesday 26 July in Perth, and finishes with Australia on Monday 31 July in Melbourne. Matches will be broadcast live on TSN and RDS.  Fans will find extended coverage for the matches across Canada Soccer’s digital channels on Facebook, Instagram, Twitter, and YouTube featuring the hashtag #CANWNT.