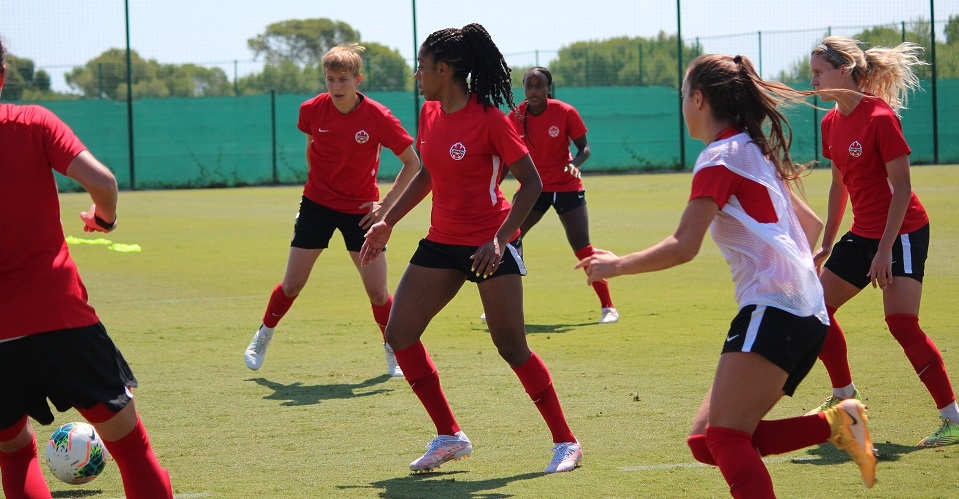 Canada Soccer’s Women’s National Team will ramp up their preparations for this summer’s Olympic Games with a pair of international friendly matches against Czech Republic and Brazil in Cartagena, Spain. The Canadian squad are looking to build on the positive momentum after a pair of wins against Wales and England in April.

“When you look back at our April camp, we had two great results, two clean sheets and we scored goals. We want to keep that momentum heading into a major tournament, while balancing that with seeing players to support the difficult decisions I have ahead of me regarding the roster selection for the Tokyo 2020 Olympic Games,” said Bev Priestman, Canada Soccer’s Women’s National Team Head Coach. “These back-to-back matches will also represent what the Olympic Games will give us, with the tight turnaround, the different styles of opponents and the heat.”

The Friday match will be the first-ever meeting between Canada and the Czech Republic at the international “A” level. The Czech Republic recently reached the UEFA Women’s Euro 2022 qualifying playoff, but were eliminated on kicks from the penalty mark after a two-leg series with Switzerland.

Canada most recently played Brazil at the 2021 SheBelieves Cup in February 2021, which ended up in a 2:0 win for Brazil. Five years ago, Canada defeated host nation Brazil in the bronze medal match at the Rio 2016 Olympic Games to secure back-to-back podium finishes at the London 2012 and Rio 2016 Olympic Games. Canada earned the distinction of becoming the first Canadian team to win back-to-back medals at the Summer Olympic Games since 1908 as well as the first-ever women’s Canadian team to repeat on the podium.

“I think that we can’t underestimate Czech Republic, they are definitely a good side, they are more direct, and will be different than what we might face in the Brazil match,” said Priestman. “We know what to expect from Brazil. I think that when we faced them at the SheBelieves Cup, it wasn’t a true reflection of this group, so I’m excited to test us in a game where we should be fresher and we got the roster available to us.”

Canada Soccer’s Women’s National Team is scheduled to face host Japan, Great Britain and Chile in the group phase of the Women’s Olympic Football Tournament this summer. Canada are one of just five nations in the world that have qualified for each of the past four Women’s Olympic Football Tournaments. Canada are also the only nation in the world to reach the podium at both London 2012 and Rio 2016 in women’s football.