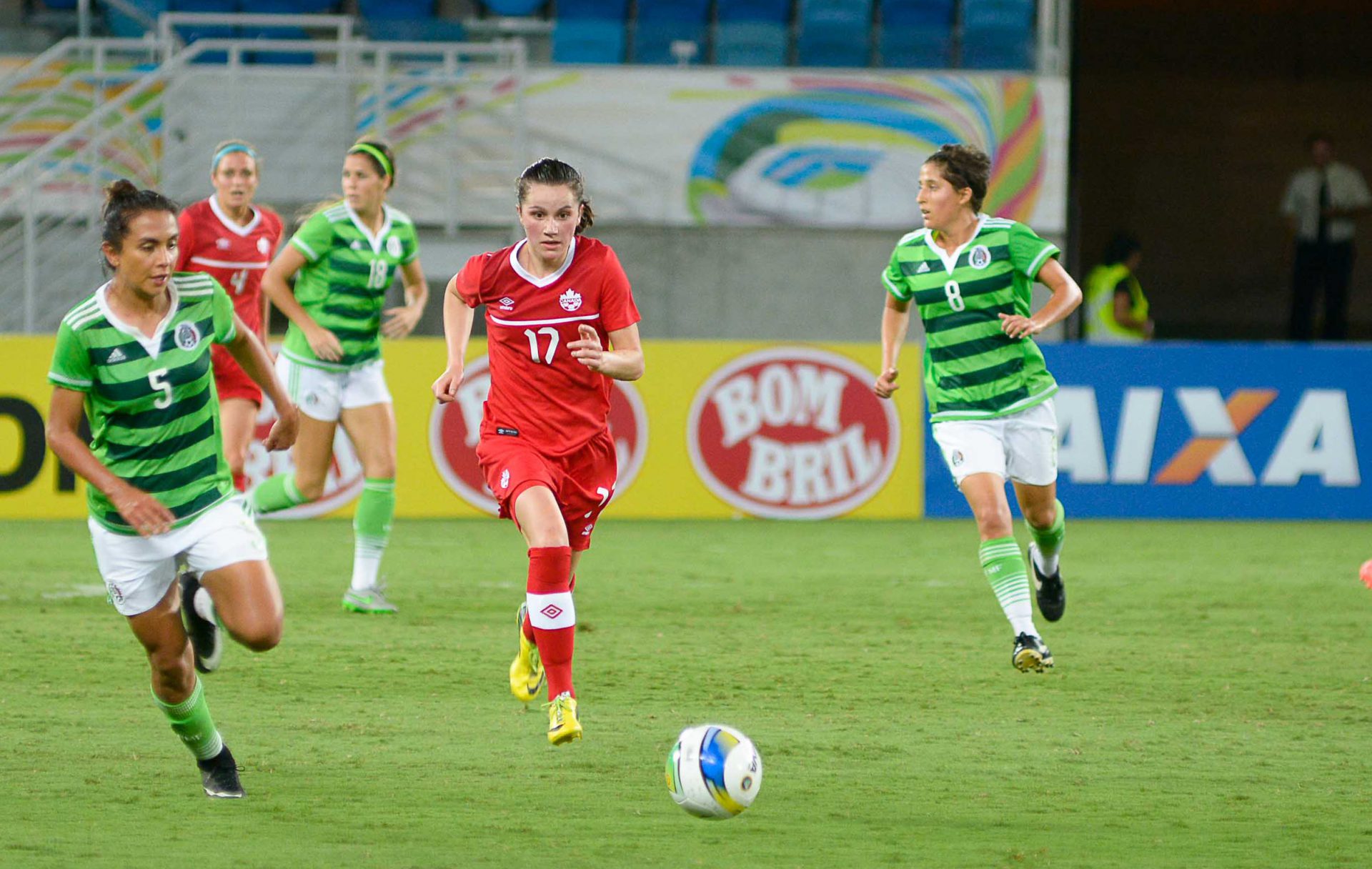 Canada’s Women’s National Team has secured a spot against Brazil in the final of the Torneio Internacional de Natal. But before Canada faces off against the hosts in the final, they will play them in the last match of the group stage later today. (Wednesday, December 16 2015 at 20:45 local -18:45 ET/15:45 PT).

Canada has maintained a clean sheet throughout the tournament and put in an impressive seven goals, most notably Captain Christine Sinclair’s celebrated 158th with the national team. With three goals against Mexico and four against Trinidad and Tobago, Big Red has gained some valuable experience against two squads they may meet in the CONCACAF Olympic qualifying tournament. They will face Trinidad and Tobago on February 14th, and could face Mexico as soon as February 19th in the knockout stage.

While Canada has found the net frequently in this tournament, they don’t expect it to come easily against Brazil, a world class team playing at home in front of a friendly crowd.

“This provides a tier one test,” said Head Coach John Herdman. “We haven’t played a team like this, or even prepared to play a team like this, since the World Cup. It will be tough, but we’ve adapted our tactics with that in mind, and we’ll put a lineup out there that gives that respect to Brazil.”

As Herdman is preparing to play a skilled South American side, he’s keeping with his stated intention of ensuring the younger players on his roster get experience playing against all kinds of opposition in this tournament. “We have players we planned to play in this match, and those players will get time,” he said. “Young players will come in, or they’ll start, and be tested against a real top team that’s in some great form.”

Canada’s recent record against Brazil reads like a tale of true rivals. Their last meeting, at this same tournament in Brasilia two years ago, resulted in a 0-0 draw while each team picked up a 2-1 win in the previous two matches. Before that, they have drawn every game they’ve played going back to 2007.

Herdman has been keeping track of their progress, and expects to face a tough Brazilian defense.

“We know that they can defend well and they are very athletic players, but any team with Marta, Débora, Formiga, and Thaisa, all top class female players, will push our team to their technical limits,” he said.

This is the challenge he hoped the Canada would face coming in to Brazil – two games against South America’s most successful team.

“We’ve encouraged them to look at some of the weaknesses of Brazil and to look to exploit those,” he said. “This match will be about exposing the younger players to this sort of speed and skill level, and where possible, making sure our attacking transition takes it up to a level that we didn’t see at the World Cup.”

As Herdman continues to look at the players on his roster ahead of the final push towards the 2016 Rio Olympics, he’s confident in what he sees coming from the team.

“We’re on task with achieving the desired outcomes of this tour,” he said. “It’s a balancing act. I want the girls to keep pushing forward with their attacking space (against Brazil), but that’s going to leave us open and there will be some mistakes made, and we might get punished, but we aren’t at the Olympics yet and there is a still a focus on some outcomes.”

For Jessie Fleming, recently named the 2015 female Canadian U-20 players of the year, it’s an exciting opportunity to play an excellent team and get some additional experience.

“It’s going to be a fight,” Fleming said. “I think it always is playing countries like Brazil, but we’re excited and we’re up for the challenge. We’re ready to dig in for the battle and we’re just excited to kick it off.”

At the end of the day, results matter to Herdman and the Canadian side. “We’re not going to hide away from the attacking side, and bunker in and defend against Brazil,” he said. “We’re looking to win the match.”