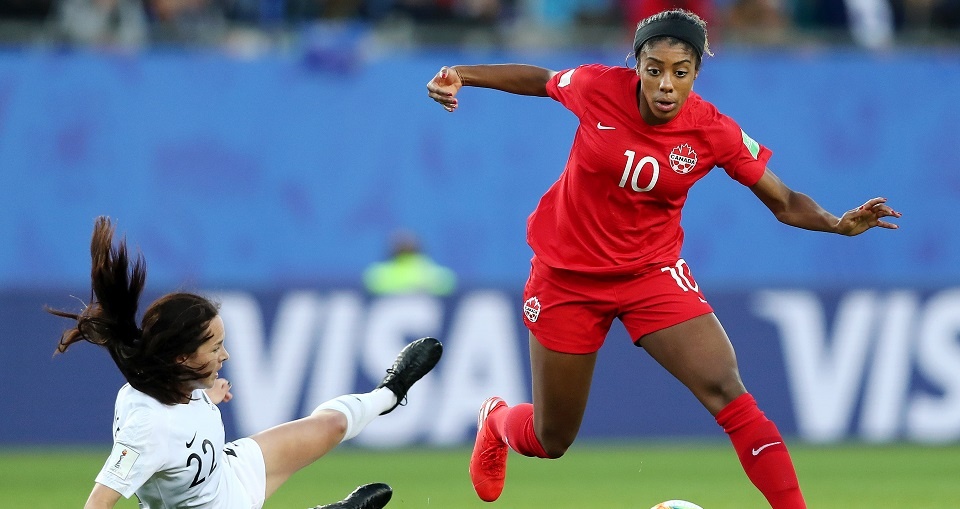 Canada will face Netherlands for first place in the Group E finale at the FIFA Women’s World Cup France 2019™. Both nations are tied with six […]

Canada will face Netherlands for first place in the Group E finale at the FIFA Women’s World Cup France 2019™. Both nations are tied with six points and +3 goals difference, although Canada will need the victory to secure first place in the group for the second FIFA Women’s World Cup™ in a row.
The Canada-Netherlands match kicks off at 18.00 local on Thursday 20 June at Stade Auguste-Delaune in Reims. The match will be broadcast live across Canada on TSN, CTV and RDS at 12.00 ET / 09.00 PT. Extended match day coverage is featured across Canada Soccer’s digital channels including Facebook, Instagram and Twitter. Fans are encouraged to follow Canada Soccer’s Women’s National Team every step of the way by using their social media handle, #CANWNT.
“This match needs to be about us: how we can put our game plan into action against the opposition we are facing,” said Kenneth Heiner- Møller, Canada Soccer’s Women’s National Team Head Coach. “We know we have been doing that very well and we know we will continue to do that. Now it’s just a matter of the nuances in making our game plan work against Netherlands.”
Canada have already equaled their best record with six points in the FIFA Women’s World Cup™ group phase, in fact opening with back-to-back wins for the first time ever. After a hard-fought 1:0 win over Cameroon in Montpellier, Canada won 2:0 over New Zealand in Grenoble, Canada’s first-ever victory over a confederation champion at the FIFA Women’s World Cup™.
Canada are undefeated in 10 international matches in 2019 with only one goal conceded, the second-longest undefeated streak in program history. At France 2019, Kadeisha Buchanan was the player of the match and goalscorer in the 10 June victory at Montpellier while Jessie Fleming was the player of the match and opening goalscorer in the 15 June victory at Grenoble. Nichelle Prince was Canada’s other goalscorer in the second match while goalkeeper Stephanie Labbé and her backline posted back-to-back clean sheets.
“We pride ourselves with getting a victory and not conceding goals,” said Canada’s Ashley Lawrence. “It shows in our performance and through the depth that we have in the attack. Different players have stepped up to score. In not conceding goals in these first two games, it shows how solid we are collectively and defensively.”
Incidentally, Canada and Netherlands also faced off against each other in the group finale four years ago at the FIFA Women’s World Cup Canada 2015™. That match ended in a 1:1 draw, with Canada taking first place in the group standings. Four years later, the two sides face each other with Canada the 2018 Concacaf runners up and Netherlands the reigning European champions.
“They are the European champions and a very talented bunch with three world-class forwards,” said Canada’s Captain Christine Sinclair. “They are just a step up in level that we haven’t experienced yet in this tournament.”
While Canada and Netherlands have both qualified for the Round of 16, the Thursday result will determine the final group standings and in which direction each nation will travel for the knockout phase. The Group E winner will head to Rennes to face the runner up of Group D on 25 June (either Argentina, England or Japan) while the Group E runner up will head to Paris  to face the runner up of Group F on 24 June (either Sweden or USA).
CANADA AT THE FIFA WOMEN’S WORLD CUP FRANCE 2019™
Beyond the group phase, Canada has already advanced to the Round of 16 with the initial knock-out matches to be played from 23-25 June. The Quarter-finals will be played 27-29 June and the Semi-finals will be held 2-3 July, leading to the Final of the FIFA Women’s World Cup France 2019™ on 7 July.