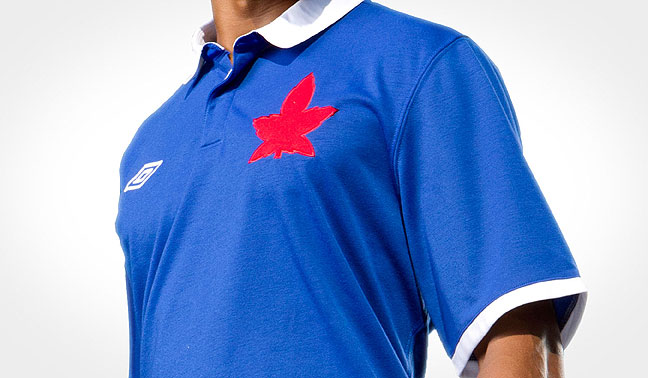 Canada Centennial Celebrations kick off at 19.00 at BMO Field.

Canada will face USA on Sunday 3 June in a Men’s International Friendly match as part of the Canadian Soccer Association’s 2012 Centennial Celebrations. The match will kick off just after 19.00 local at BMO Field in Toronto, ON, with a live coast-to-coast broadcast on Sportsnet East, Sportsnet Ontario, Sportsnet West and Sportsnet Pacific (19.00 ET / 16.00 PT). The match is also part of Canada’s preparations for the upcoming FIFA World Cup Qualifiers.

Following a final training session on Saturday 2 June, Canada will suit up for the international match on Sunday 3 June. After the Sunday match, Canada then plays two matches in FIFA World Cup Qualifiers: Cuba away on 8 June in Havana and Honduras at home on 12 June in Toronto. Tickets to Canada’s 2012 home matches are available via ticketmaster.ca or by phone at 1.855.570.7500, with full information available on CanadaSoccer.com. Group discounts are available via marketing@soccercan.ca or 613.237.7678.

CANMNT: Canada train at BMO ahead of Centennial v USA

The Umbro blue kit pays tribute to the first Canada-USA match in Canada on 27 June 1925, a Men’s International Friendly match at Alexandra Park in Montréal, QC. Canada won that match 1:0 with a goal by Ed MacLaine. Team captain on the day was 40-year old Geordie Campbell, who many years later was remembered as “one of the greatest fullbacks ever to play in this country.”

While Canada and USA have faced each other more than 30 times, there has been only one previous meeting in Toronto, ON – Canada’s first-ever FIFA World Cup Qualifiers match on 22 June 1957. Canada won that match 5:1 at Varsity Stadium, with a pair of goals by future captain Art Hughes. Ten of Canada’s starting XI on the day have since become honoured members of The Soccer Hall of Fame, including Norm McLeod, Brian Philley and Gogie Stewart (who also scored on the day).

Canada and USA have faced each other 13 times in FIFA World Cup Qualifiers and four times in the CONCACAF Gold Cup. The most recent meeting was 7 June 2011 at last year’s CONCACAF Gold Cup, a 2:0 victory for USA at Ford Field in Detroit, MI. The previous match was the contentious 21 June 2007 semi-final also at the CONCACAF Gold Cup, ending 2:1 in USA’s favour after an apparent Atiba Hutchinson goal was called off by the officials.

While Canada opens its next round of FIFA World Cup Qualifiers against Cuba and Honduras on 8 and 12 June, USA will face Antigua and Barbuda (home) and Guatemala (away) on those same dates in the CONCACAF 3rd Round for Brazil 2014. Canada’s other group opponent is Panama (for a home-and-away series in September) while USA’s other opponent is Jamaica (also for a home-and-away series in September).