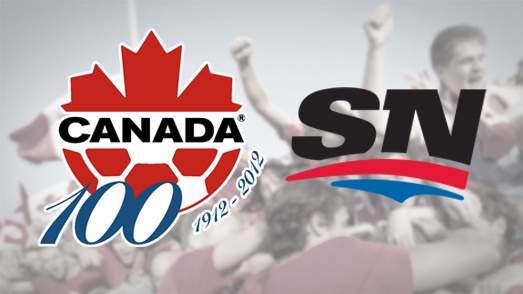 Canada to be featured on Sportsnet in June

Canada to be featured on Sportsnet in June

Upcoming matches on 3, 8 and 12 June to be broadcast on Sportsnet

Canada’s upcoming Men’s International Friendly match and two FIFA World Cup Qualifiers will all be broadcast on Sportsnet in the month of June 2012. The three live broadcasts are scheduled for 3 June, 8 June and 12 June.

The men’s schedule kicks off with the Centennial Celebration Match on Sunday 3 June at BMO Field in Toronto, ON. Canada faces USA in this Men’s International Friendly, as both sides adjust their final preparations for the following week’s FIFA World Cup Qualifiers. The 3 June broadcast appears on Sportsnet East, Sportsnet Ontario, Sportsnet West and Sportsnet Pacific with a 19.00 ET / 16.00 PT start time.

The next match is Friday 8 June from Ciudad de la Habana (Havana), Cuba – the first match in Canada’s CONCACAF 3rd Round of the FIFA World Cup Qualifiers for Brazil 2014. The Friday match will also be featured on Sportsnet East, Sportsnet Ontario, Sportsnet West and Sportsnet Pacific, with a 13.30 ET / 10.30 PT start time for the broadcast.

Tickets to Canada’s 2012 home matches are available via ticketmaster.ca or by phone at 1.855.570.7500, with full information available on CanadaSoccer.com. Group discounts are available via marketing@soccercan.ca or 613.237.7678. Beyond the matches on 3 June and 12 June, future home FIFA World Cup Qualifiers are Friday 7 September against Panama and Friday 12 October against Cuba.