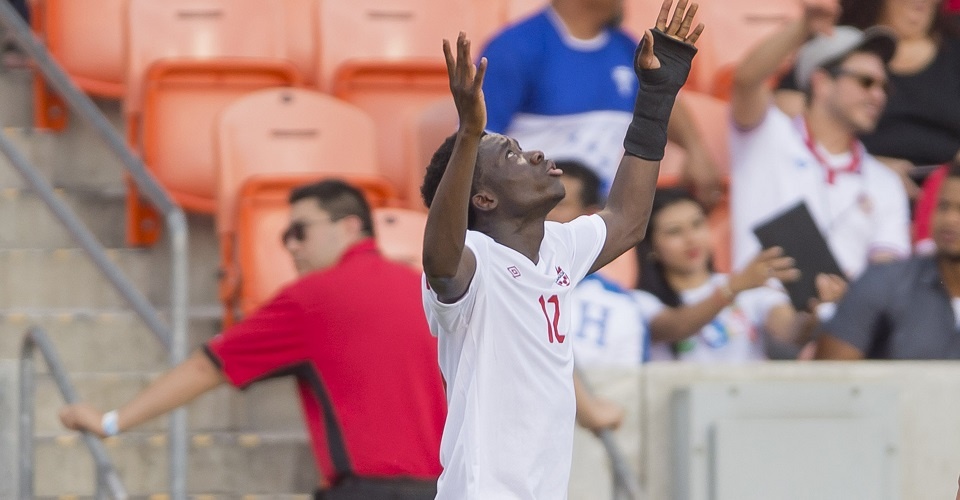 Canada remain undefeated in first place following a CONCACAF Gold Cup 1:1 draw against Group A rivals Costa Rica. Alphonso Davies scored his third goal of the tournament while Milan Borjan put forth a man of the match performance to keep Canada undefeated through five international matches in 2017.

“The point puts us in a good position and we are still in first place in our group,” said Octavio Zambrano, Canada Soccer’s Men’s National Team Head Coach. “We came to this tournament with a goal of reaching the next round. We have managed to stay focused and the group has performed well.”

“I think the team played very good,” said Borjan. “We were together as a team, we showed that the first game and now this game. This is a very big thing for Canada. We need to continue like this and fight every game like this and we’re going to bring Canada good results. “

“I think the young players played well and you can see the potential for more,” said Zambrano. “We know the ceiling is quite high. We need to keep developing these young players.”

GOALS
The opening goal was scored in the 26th minute. Michael Petrasso beat his opponent to the inside from the right flank, touched it ahead to Scott Arfield who found Alphonso Davies far post. The 16-year old Davies then snuck in behind his defender and smashed the ball home with a left-footed strike.