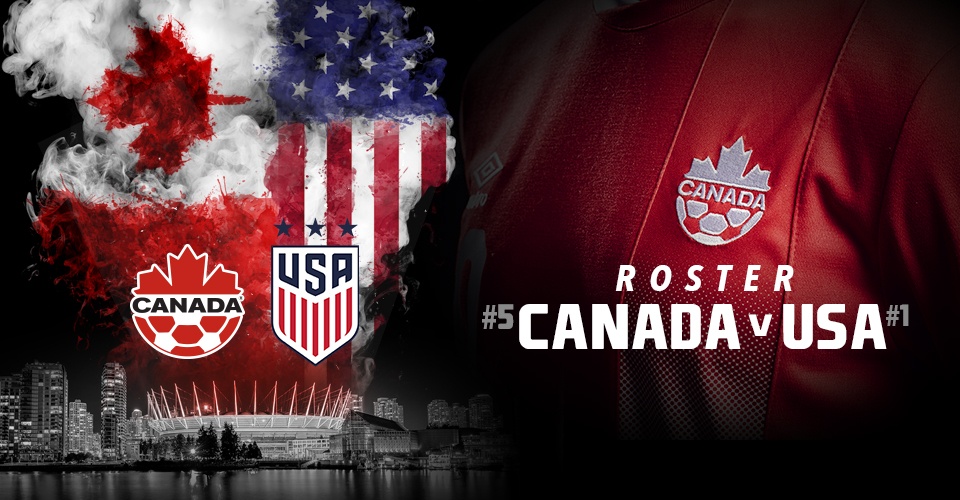 Fans will get the opportunity to see the future of Canada Soccer’s Women’s National Team when it faces the USA 9 November in Vancouver at BC Place.  With six teenagers named to the roster, Head Coach John Herdman is setting his sights on the future of the program and the goal of reaching #1 in the world.

“At this stage in the planning for 2019 it is a good time to provide a group of young players with the experience in preparing for and playing against the top ranked team in the world,” said Herdman on his roster selections. “We are underdogs as always going into a match against the USA, but when you have young hungry players, it brings a special quality.”

With 11 players from the 2016 Olympic Bronze Medal winning team, including two-time Olympic Bronze Medalists Christine Sinclair and Desiree Scott on the roster for the derby match, the young guns will have the support of veterans who have experience playing the USA in some of the biggest matches of their lives.
“Sinclair leadership, and experience against the US, will be a key factor in the lead up to this game as we integrate a host of new faces into the squad,” said Herdman.  “With some of our core players unavailable for selection outside FIFA windows due to league play in Europe, it will also be an opportunity for some of the younger members of our core, like Rebecca Quinn, Janine Beckie, Jessie Fleming and Shelina Zadorsky, to step up and take greater leadership roles.”
The rivalry between Canada and the USA takes its form from the fact the two teams will often face off in major competitions, including the CONCACAF Women’s Championships that qualify teams for the FIFA Women’s World Cup, and Olympic tournaments.  The cross-border rivalry has seen some of the most remarkable feats in women’s football, including Sinclair’s three goals in the semi-final of the London 2012 Olympic Games.
“I don’t think we need to remind many people about London, it was a watershed moment for this team, capturing the hearts and minds of our country,” said Herdman.  “Although we’ve never beaten the USA in over 15 years, we have had some close matches with them and in our last five matches we have gone into the dressing at half time either been tied or leading the match.  There’s a feeling that with our recent performances against them we are narrowing the gap between our two teams.   As always we’ll be setting the tone for this derby match and asking both the players and the BC Place crowd to stand up and show their Canadian grit on November ninth as we push together to create another memorable moment for soccer in Canada.”
Canada Soccer has released it’s top five moments from the Canada v USA rivalry in the lead up to the match, with Herdman’s and player’s reflections on those big five matches that defined the #WNTRivalry. Check out the series on Canada Soccer’s social media profiles on Youtube, Facebook, Twitter, and Instagram.