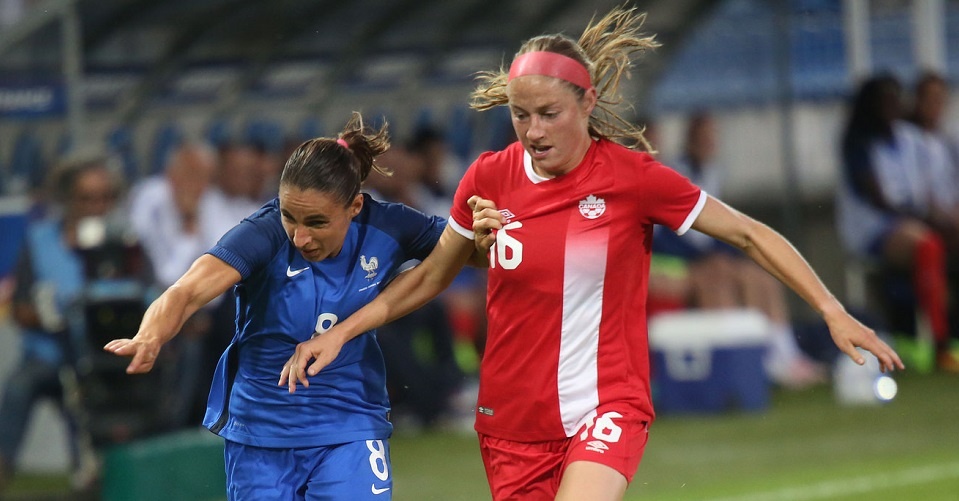 Canada Soccer’s Women’s National Team will play France, ranked 6th in the FIFA Women’s World Rankings, in April as it continues to gear up for the […]

“The invitation to play the upcoming FIFA Women’s World Cup hosts during their preparation for the tournament speaks to the high regard for Canada as a nation and a team,” said Kenneth Heiner-Møller, Canada Soccer’s Women’s National Team Head Coach. “As we know from hosting in 2015, a lot of attention is given to the national team’s lead up, so the invitation to play France, in a FIFA World Cup venue, means we will have a well-attended match with strong opposition. It is an opportunity to familiarise ourselves with France and how it will be like in 2019.”

“France are, first of all, one of these great nations that continues to improve and they are always a podium contender going into major tournaments,” said Heiner-Møller. “They are a great side with many skillful players on the ball. While they haven’t had a lot of success in recent tournaments, they are always a great team to face to push our team.”

Upcoming tournament: Algarve Cup
Canada have already announced they will be playing in the 2018 Algarve Cup, the prestigious annual international women’s tournament in Portugal running from 28 February to 7 March 2018. The tournament will mark newly-appointed Women’s National Team Head Coach Kenneth Heiner-Møller’s first competitive matches at the helm with Canada having won the 12-team tournament in 2016 and finishing as runners up in 2017.

Individual tickets to the Canada v Germany match will go on sale to the public on Thursday 8 March at 10.00 ET / 07.00 PT via Ticketmaster.ca. The launch of ticket sales will be preceded by a 48-hour pre-sale for Canada Soccer Insiders. Tickets to the match start as low $20 (plus applicable fees) and fans will once again be able to take advantage of a ‘Me+3’ offer in select sections.
About Canada Soccer
Canada Soccer, in partnership with its membership and its partners, provides leadership in the pursuit of excellence in soccer, both at the national and international levels. Canada Soccer not only strives to lead Canada to victory, but also encourages Canadians to a life-long passion for soccer. For more details on Canada Soccer, visit the official website at canadasoccer.com