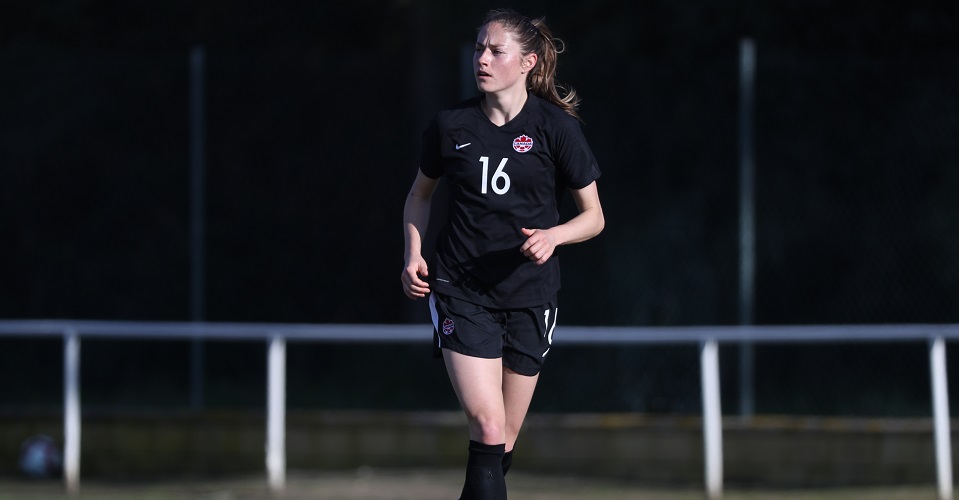 Canada Soccer’s Women’s National Team has kicked off their FIFA Women’s World Cup France 2019™ campaign with a training camp in Rota, Spain, and a training […]

Canada Soccer’s Women’s National Team has kicked off their FIFA Women’s World Cup France 2019™ campaign with a training camp in Rota, Spain, and a training match against Switzerland. Up next, an International Friendly against Norway on Tuesday 22 January.  Fans can watch a live stream of the match on CanadaSoccer.com at 12:00 ET/ 09:00 PT.
With Canada’s FIFA Women’s World Cup France 2019™ Group Stage opponents now known, Head Coach Kenneth Heiner-Møller has focused the team’s attention on doing the hard work in the run up to the tournament to ensure Canada puts on a performance everyone can be proud of.
“The foundation of this team has been built, the cornerstones are in place, and now we are building on that.  This camp is about building, getting new players together with our core team and putting in the hard work that will get us to where we need to be in June,” he said.  “This team is very creative and it has a lot of tools to work with tactically, but now is the time to add to that collection before fine-tuning ahead of the FIFA Women’s World Cup. A lot of this camp in Spain has been focused on adapting what has worked well to become something that works great.”
After a 0:0 score in their training match against Switzerland, and heading into Tuesday’s international friendly against Norway, ranked 13th in the FIFA Women’s World Rankings, fifth ranked Canada is preparing for a European opponent who will to face the FIFA Women’s World Cup France 2019™ hosts come June in Group A.
“Norway is also headed to the FIFA Women’s World Cup, so we know we are going to face a team that is also building towards the pinnacle event in our sport.  Norway is a strong team, they have some very good individuals, so we need to be prepared for them knowing they will be looking for victory in this match.   We’ve been working hard together this past week and we have another three sessions before we face them, so we will be ready.”
For Heiner-Møller, the most exciting part of reunited is seeing the players reaching for their potential.
“This team has come a long way over the last few years, but I don’t think the players really know just how good they can be together.  It’s still early in 2019, but there are partnerships in this squad that are being built now that are especially exciting, and there is so much depth here that the work we are doing is focused a lot on further nurturing Canada’s best women’s players while bringing out the immense talent from within our player pipeline,” he said.
Canada’s opening camp of 2019 comes following qualification at the 2018 Concacaf Women’s Championships which took place in October in Texas.  For the players, being back together is a highlight, but knowing that they are committed to a singular goal is what makes it incredibly special.
“We are always so happy to see each other, but also to be back on the pitch together for a really exciting year is incredible,” said forward Janine Beckie. “It’s hard to believe the FIFA Women’s World Cup is only a few months away, but the Draw in December made it real for everybody, so we are all ready to put everything into it and not stop until the end of July.”
“I feel I am most comfortable and at my best when I am with these women here, so I am really excited to be back working towards achieving our goals,” said defender Kadeisha Buchanan, the FIFA Women’s World Cup Canada 2015™ Young Player Award recipient.  “I think we have a pretty unique team with a lot of different styles and a lot of potential, so I am really looking forward to being part of this journey as we head towards the FIFA Women’s World Cup.”
Canada Soccer has also announced the Women’s National team will compete in its eighth Algarve Cup which kicks off in February.  Drawn into Group A, Canada will face Iceland on 27 February and Scotland on 1 March before playing a final match on 6 March to determine its final rank in the tournament. Canada won the Algarve Cup in 2016 and placed second in 2017.
Canada’s FIFA Women’s World Cup France 2019™ tournament kicks off Monday 10 June when they face Cameroon at Stade de la Mosson in Montpellier, France. Canada will then travel to Grenoble for their second group match on Saturday 15 June against New Zealand at Stade des alpes. Canada then conclude the group phase in Reims on Thursday 20 June with a match against Netherlands at Stade August-Velaune.
Canada Soccer’s Women’s National Team
Canada are two-time Olympic bronze medal winners (2012 and 2016) and two-time CONCACAF champions (1998 and 2010). In all, Canada will have participated in seven consecutive editions of the FIFA Women’s World Cup (1995 to 2019) and three consecutive editions of the Women’s Olympic Football Tournament (2008 to 2016). At Rio 2016, Canada Soccer’s Women’s National Team were the first Canadian Olympic team to win back-to-back medals at a summer Olympic Games in more than a century and the only FIFA Member Association to repeat on the podium.

Canada Soccer’s Women’s National Team have previously made six FIFA Women’s World Cup appearances and qualified five times (1995, 1999, 2003, 2007, 2011) as Canada hosted the record breaking 2015 edition where 1,353,506 fans attended matches, setting a new total attendance record for a FIFA competition other than the FIFA World Cup™.  The highest attended match of the tournament was 54,027 for the Canada vs. England quarter-final in Vancouver.