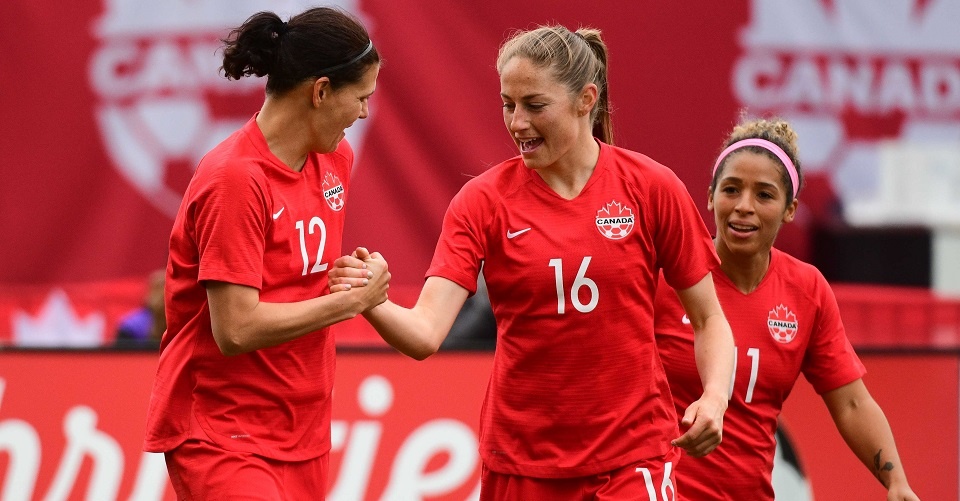 Canada Soccer’s Women’s National Team is ready to face former world champions Japan in a Women’s International Friendly match to be played in Shizuoka, Japan. It […]

Canada Soccer’s Women’s National Team is ready to face former world champions Japan in a Women’s International Friendly match to be played in Shizuoka, Japan. It will mark a valuable test for the Canada as the team begins its preparation for the Concacaf Women’s Olympic Qualifying Tournament which will be played in early 2020.

The 6 October match kicks off at 14.30 local (01.30 ET on 6 October / 10.30 PT on 5 October) and will be LIVE on CanadaSoccer.com. Extended coverage is featured across Canada Soccer’s digital channels including Facebook, Instagram and Twitter. Fans are encouraged to follow Canada Soccer’s Women’s National Team on and off the pitch by using the social media handle #CANWNT.

“Japan is a very organized team, very structured, both defending and attacking,” said Kenneth Heiner-Møller, Canada Soccer’s Women’s National Team Head Coach. “It’s a tier 1 opposition. They were world champions in 2011, they were really competitive in 2015, and they are creating a new generation of players that plays very fast. It is very much a competitive side, and we are looking forward to play them.”

The match will be both Canada and Japan’s first international match since reaching the Round of 16 at the FIFA Women’s World Cup France 2019™.

“For us, it’s about reconnecting again,” said Canada’s midfielder Desiree Scott. “It’s the first time we’ve been together since the FIFA Women’s World Cup, so it’s about getting that excitement of being back together as a team, working on the little connections again. I think we have some things we want to get off our chests, we just want to play together again, have some fun, and get a result.”

While Japan have already qualified to the Tokyo 2020 Olympic Games as the host nation, Canada are preparing for next year’s Concacaf Women’s Olympic Qualifying Tournament which will be played in January/February 2020 (with exact dates and location yet to be announced). Only the top-two Concacaf nations will qualify for the 2020 Olympic Games.

“You want to play against teams that will challenge you,” said Canada’s midfielder Sophie Schmidt. “It’s not everyday you play an Asian country. It’s going to test our technical abilities. They are very organized in tight spaces and quality touches, so it’s making sure we finish everything in front of the net, but also making sure we keep them off the scoresheet.”

This will be the 14th international meeting between the two sides since they first met on 5 May 1995 in Tokyo, Japan. After winning the FIFA Women’s World Cup Germany 2011™, Japan won three straight matches against Canada before Canada defeated Japan 2:0 at the 2018 Algarve Cup, the most recent meeting between the two nations. All time, Japan hold a slight edge with six wins and three draws to Canada’s four wins and three draws.

So far this year, Canada have posted a record of seven wins, three draws and two losses in 12 international matches. Reaching back to September 2018, Canada’s record is 12-3-3, with their only three losses against the top three nations from the FIFA Women’s World Cup France 2019™ (USA, Netherlands and Sweden). Earlier this year, Canada posted a 10-match unbeaten streak, the second longest in program history.