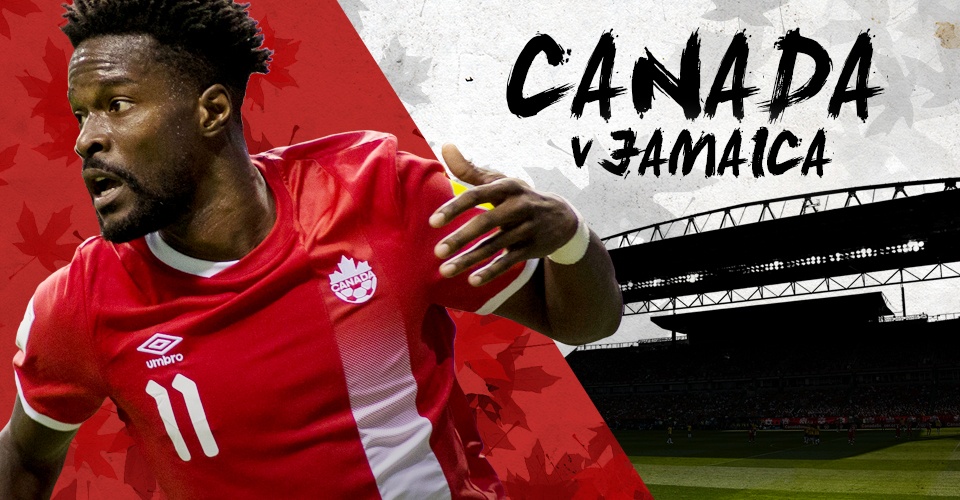 Canada Soccer have added another home international match to the 2017 calendar with the Men’s National Team set to face CONCACAF rival Jamaica on Saturday 2 September at BMO Field. The match completes a Summer of Soccer in Canada, adding to the three international matches played this week in Winnipeg, Toronto, and Montréal.

”Canada Soccer is pleased to bring back the Men’s National Team to BMO Field in Toronto for this important feature against a long standing CONCACAF rival,” stated Steve Reed, President, Canada Soccer. “We are confident that Canadian fans will come out and support the team as we blend our emerging talent with a strong group of veterans.”

Canada Soccer’s Men’s National Team have been training this past week in Laval and Montréal in preparation for their 13 June Men’s International Friendly match at Stade Saputo. The match will serve as their official send-off match ahead of the 2017 CONCACAF Gold Cup. The match will broadcast live across Canada on TSN 1, 3, 4 and 5 and RDS at 19.30 ET / 16.30 PT.

“I am extremely excited that Canada will be returning to Toronto to take on Jamaica this September,” said Tosaint Ricketts, who has made 55 international appearances with the Men’s National Team. “There is no better feeling than representing your country on home soil and it will be especially significant for me to wear the maple leaf for Canada as a member of TFC at BMO Field where we know that our fans will be the 12th man.”

Following the CONCACAF Gold Cup in July, the 2 September match will be Canada’s next date on the FIFA International Match Calendar. It will also mark the Men’s National Team’s first match back at BMO Field since a 3:0 win over Belize on 4 September 2015.

Both Canada and Jamaica will participate at this summer’s CONCACAF Gold Cup, albeit in separate groups. The two sides have already faced each other 19 teams at the international “A” level, with Canada holding the slight edge with eight wins, six draws, and five losses. Their last two meetings were a Jamaica 1:0 win at the 2015 CONCACAF Gold Cup and a Canada 3:1 win in a Men’s International Friendly at BMO Field on 9 September 2014.

Stalteri has been inducted as a player as part of the Class of 2017 (alongside Amy Walsh who will be celebrated on 11 June before a Women’s National Team match in Toronto). A CONCACAF champion in 2000, the two-time Canadian Player of the Year represented Canada at the FIFA Confederations Cup Korea/Japan 2001. He won both a Bundesliga title and a German Cup (DPF-Pokal) with Werder Breman in 2004.