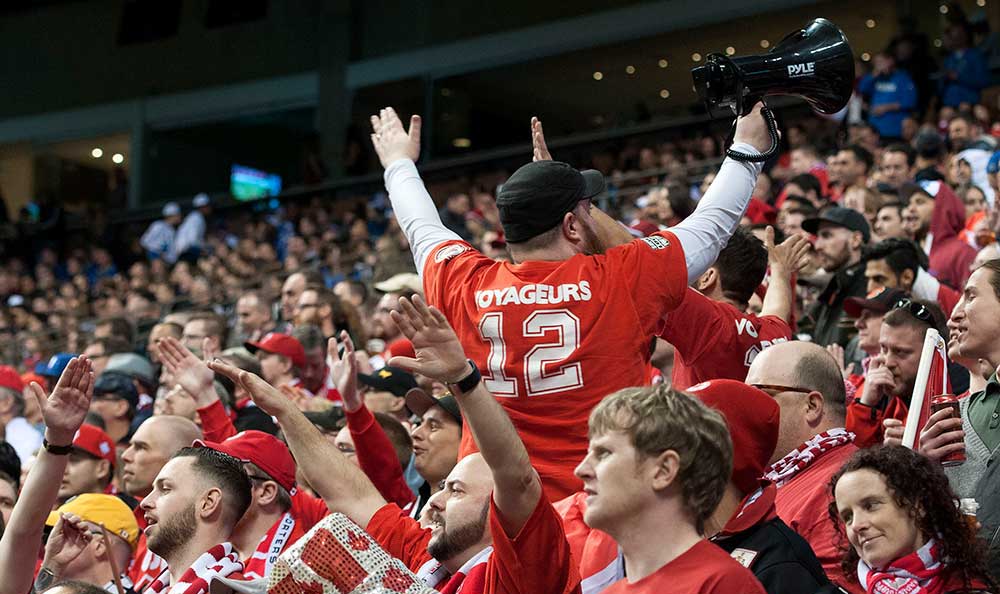 Canada will play home matches in October 2018 and March 2019 when the new Concacaf Nations League Qualifying kicks off across the confederation for 2018-19. The two home matches are part of a four-match international competition featuring 34 Concacaf nations who were drawn from four pots on Wednesday 7 March.

Canada will play U.S. Virgin Islands away in September 2018, Dominica at home in October 2018, St. Kitts & Nevis away in November 2018, and French Guiana at home in March 2019 over the course of the four FIFA match windows. The exact dates, kick-off times, and venues for all 68 matches will be announced by the respective Member Associations at a future time.

“We know that these matches are going to be very important as they count towards Concacaf Nations League, Concacaf Gold Cup, and eventually FIFA World Cup Qualifiers,” said John Herdman, Canada Soccer’s Men’s National Team Head Coach. “There is a real opportunity within this competition to enhance our skills within Concacaf so that we can build that resilience for when it really matters.”

The expanded 2019 Concacaf Gold Cup – up from 12 to 16 nations – will feature Costa Rica, Honduras, Mexico, Panama, Trinidad and Tobago, USA and those 10 nations from 2018-19 Concacaf Nations League Qualifying.

“It is a completely new landscape, but it gives Canada the chance to be on the starting line as everyone goes through the same process,” said Herdman. “We can use the program to our advantage because there is something important to becoming experts within Concacaf and building towards the bigger matches.”

“Our two home matches will again provide our Men’s National Team with a chance to connect with the country,” said Herdman. “These are not friendly matches, but meaningful matches for which we need to mobilise our fans and create a fortress for Canada at home.”

At Concacaf, football is first.

“Speaking to some of our key players, they know how important the next four years are and they know that they have an opportunity to become game changers and heroes for this country,” said Herdman. “There is real clarity in the group and there is belief that we can take the game to a place it hasn’t been in more than a quarter of a century.”