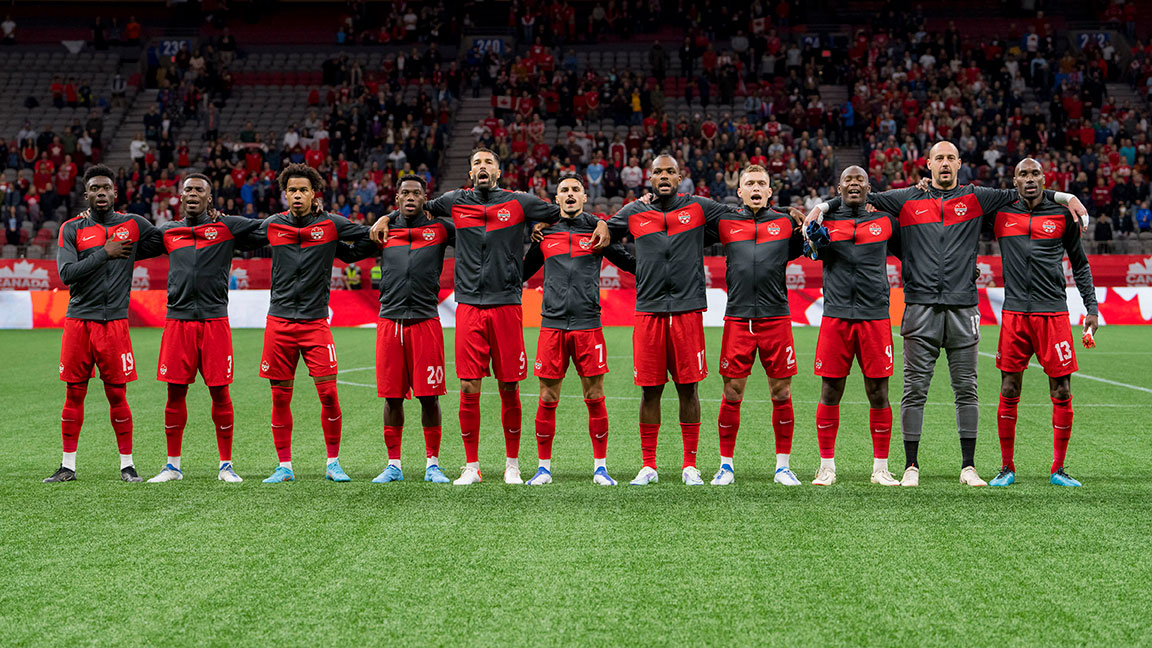 As part of Canada’s continued preparations for the men’s FIFA World Cup Qatar 2022™, Canada Soccer have announced a pair of away international matches for the upcoming September 2022 window. Canada are scheduled to face Qatar on Friday 23 September in Vienna, Austria and then Uruguay on Tuesday 27 September in Bratislava, Slovakia.

“We have an opportunity to experience two FIFA World Cup opponents within a similar time frame as a FIFA World Cup schedule, so these two matches will provide our players and staff with a chance to rehearse our on- and off-the-field processes and systems aligned to the competition’s three-day turnaround,” said John Herdman, Canada Soccer’s Men’s National Team Head Coach. “With the second match against Uruguay, it will be a genuine tier-one test given the depth and quality of their players which gives us an opportunity to evaluate our squad and our approach.”

The window provides Canada with their first away trip outside of Concacaf since before a lengthy run of competitive matches in Concacaf Nations League, the Concacaf Gold Cup and FIFA World Cup Qualifiers, in fact Canada’s first away trip to Europe since March 2018. With a busy start to the 2022-23 season in Europe, the proximity of these two away international matches will reduce travel for Canada’s professional players based in Europe.

The opening match pits Canada against the FIFA World Cup hosts Qatar in the first-ever head-to-head meeting at the international “A” level. The Friday match will be Canada’s first against an Asian opponent since November 2016. As for Canada’s opponents, Qatar are the reigning AFC Asian Cup champions from 2019.

The second match gives Canada a genuine test against a tier-one opponent given Uruguay’s depth and quality of their players. It will also mark Canada’s first international match against a South American opponent since 2014. Canada’s only other previous match against Uruguay was all the way back in February 1986 as part of Canada’s preparations for Mexico 1986, a 1:3 loss at the Orange Bowl in Miami (with George Pakos the lone Canadian goalscorer).

Already this year, Canada have posted five wins and five clean sheets in eight international matches, with 13 goals scored and just four conceded. Jonathan David leads Canada with three goals scored while both Alphonso Davies and Cyle Larin have scored two goals each. Through six months, Milan Borjan (January, February and May), Atiba Hutchinson (March), and Davies (April and June) have won Canada Soccer Players of the Month honours. From the 2021-22 season in Europe, Borjan (Serbia), Davies (Germany), Tajon Buchanan (Belgium) and Stephen Eustáquio (Portugal) all won league titles while David (France) again set the record for most goals by a Canadian in a top-5 men’s European league (15 goals in Ligue 1).