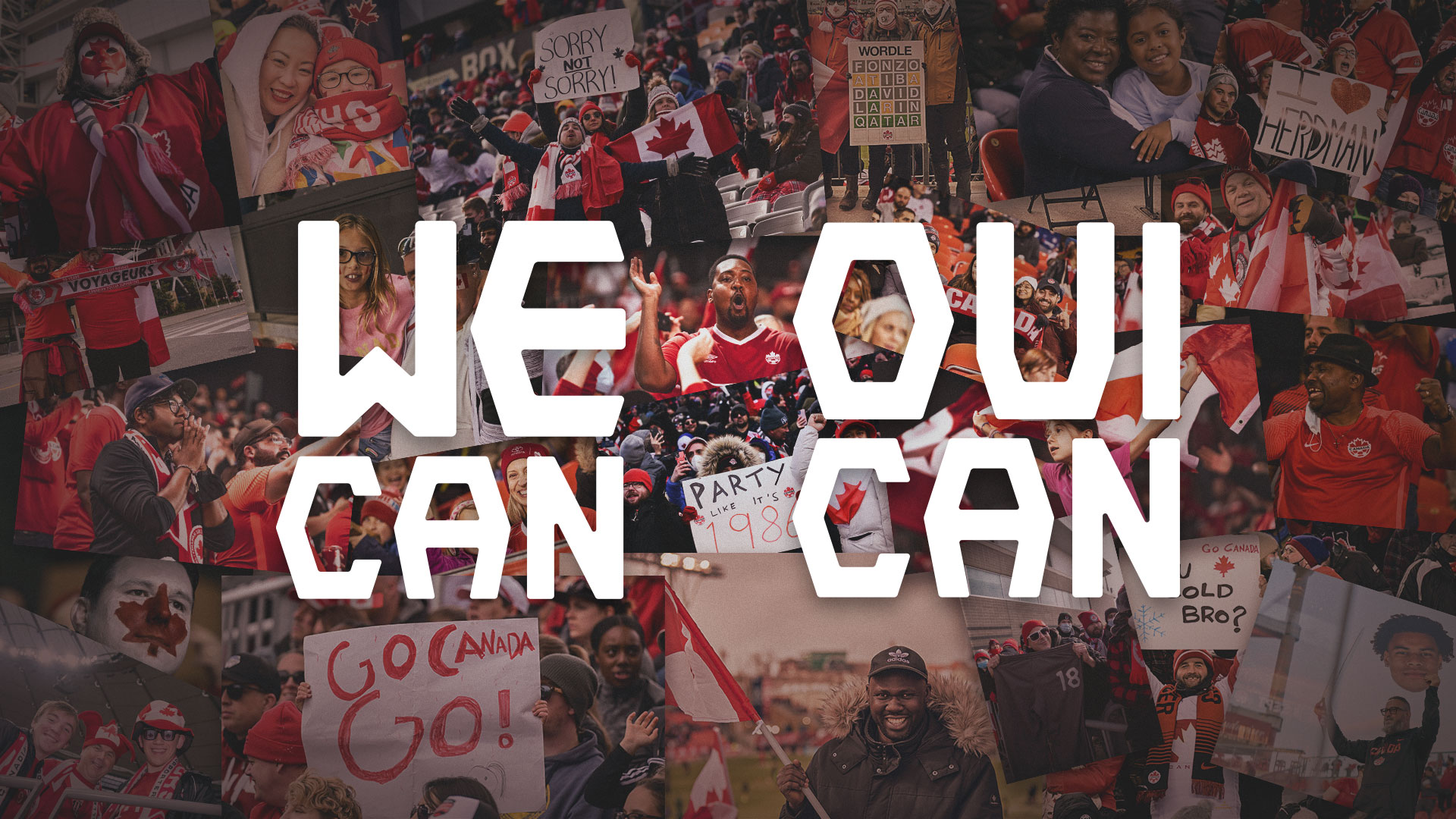 Canada Soccer have launched a series of initiatives – digital and in person – that will enhance the FIFA World Cup Qatar 2022™ experience for Canadian fans at home and abroad.

Fan reaction to Canada Soccer’s seven-episode, behind-the-scenes #WeCAN Documentary Series has been overwhelmingly positive. Each week, an exclusive preview window is available for CanadaRED+White and CanadaRED+Gold members ahead of the public release on Canada Soccer’s YouTube channel. For more information on Canada Soccer’s CanadaRED Fan Membership program, fans are encouraged to visit https://canadasoccer.com/canada-red-registration/.

“The goal of these #WeCAN initiatives is to empower our fans and enhance the FIFA World Cup™ experience as we collectively build momentum to support our National Team in their final preparations for Qatar 2022™,” said Earl Cochrane, Canada Soccer General Secretary. “We are glad that Canadian soccer fans are enjoying the #WeCAN Documentary Series recounting our journey to Qatar. We also invite all Canadians to lend their voices to the #WeCAN Collective and participate in the various initiatives to be connected to our National Team and players more than ever before.”

For fans on the ground in Doha, Canada Soccer House has been developed as a vibrant gathering place for all Canadians in Doha during the FIFA World Cup Qatar 2022™. Operating on the evening before each Canada match as a supporter rally as well as on each Canada match day as a pre-match party leading-up to kick off, Canada Soccer House will elevate the FIFA World Cup Qatar 2022™ experience for all Canadians.

To help Canadians make great memories at home, Canada Soccer is introducing #WeCAN Viewing Party Kits with exclusive licensed Canada Soccer products. As Canadians come together from coast to coast to coast to cheer on Canada at the FIFA World Cup Qatar 2022™, the #WeCAN Viewing Party Kits have been created to support events of all types, from a gathering of family and friends in Canadian living rooms, to community soccer clubs and teams coming together, to businesses and establishments looking to show their #CanadaRED colours.

Another great way to cheer on Canada at home will be through the Carlsberg Viewing Parties with details to be provided in the coming weeks for times and locations.

Online, Canada Soccer fans will be able to connect to our FIFA World Cup Qatar 2022™ digital hub at CanadaSoccer.com for access to official team content including the final squad selection in mid November.

To support and inspire Canada Soccer’s National Teams, the #WeCAN Collective encourages Canadians to post a video featuring the words ‘We Can’ along with at least one reason that they believe in the Men’s National Team at Qatar 2022. Fans can submit a message of support using the hashtag #WeCAN or #OuiCAN on social media. Fans can also submit a text-based message on our #WeCAN Collective webpage, where submissions will be entered into a contest to win one of two grand prizes of a signed jersey by Canada Soccer’s Men’s National Team.

As we build momentum to kickoff, Canada Soccer will also feature fans as part of the Starting 11 initiative. The Fan Starting 11 will feature 11 Canada fans chosen from user-generated videos uploaded for the #WeCAN Collective.